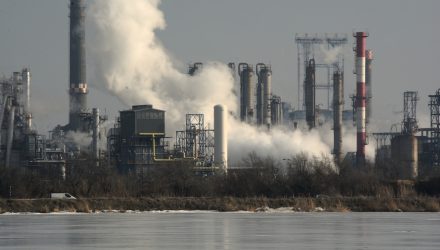 2022 a “Wasted Year” for Emissions Reductions: Investing in Change With KraneShares

The latest emissions report from the United Nations Environment Programme (UNEP) was just released, and its messaging is as dire as ever: This year brought negligible emissions reductions, and now drastic change will be needed to curtail global warming.

Major sector changes are needed, and quickly, in the electricity, energy efficiency, transportation, and agriculture sectors most of all, but also across industry, building, food, and financial systems.

“We had our chance to make incremental changes, but that time is over. Only a root-and-branch transformation of our economies and societies can save us from accelerating climate disaster,” said Inger Andersen, executive director of UNEP, in the press release.

Despite increased climate pledges and a hopeful COP26 meeting last year, progress has been minimal at best in reducing actual emissions this year. Nationally determined contributions (NDCs) submitted in 2022 only reduce 2030 global emissions levels by 0.5 gigatons of carbon dioxide, or less than 1%.

Current climate trajectories based on existing policies in place today put the world on a dangerous 2.8°C path; a 2°C increase is currently seen as the outside range for limiting catastrophic living conditions for much of the world. To limit to only 2°C warming will require a 30% reduction on top of current policies, while aiming for the desired 1.5°C will require 45% addition emissions reductions on top of existing policies.

“Even if we don’t meet our 2030 goals, we must strive to get as close as possible to 1.5°C. This means setting up the foundations of a net-zero future: one that will allow us to bring down temperature overshoots and deliver many other social and environmental benefits, like clean air, green jobs and universal energy access,” said Andersen.

The Financial System Will Be the Driver of Emissions Change

The study found that the transition to a low and net-zero emissions future will require investments of between $4–$6 trillion annually, a small percentage of total financial assets currently managed (1.5%–2%), but a large portion of additional allocations of resources annually at 20%–28%.

“The IPCC assesses that global mitigation investments need to increase by a factor of three to six, and even more for developing countries,” according to the study. “To date, most financial actors have shown limited action on climate change mitigation because of short-term interests and conflicting objectives, and because climate risks are not adequately recognized.”

Simultaneous reforms within the financial sector that are recommended by the report include:

“The success of such coordinated and cooperative action, depend, ultimately, on public support and pressures to avert the significant risks of inaction, and the willingness of key financial system actors to take on their roles,” the study declared.

Investing in Emissions Reductions With KraneShares

KraneShares offers a bevy of climate-related products that seek to capture the transition to a zero-emission world by 2050, whether through a focus on carbon emissions or the transition of industries and the materials necessary to create change.

For an approach that targets transitioning companies, the KraneShares Global Carbon Transformation ETF (KGHG) seeks to capture the true potential within the carbon transition by focusing on companies from industries that are traditionally some of the highest emission offenders but are on the precipice of transitioning to renewable technologies.

Meanwhile, the KraneShares Electrification Metals ETF (KMET) offers targeted exposure to the metals that will be necessary for the electrification and clean energy transition of the world’s economy in the pivot to net-zero emissions.