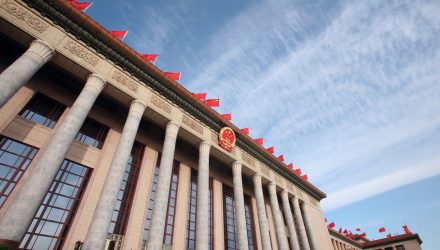 Chinese Regulators Could Give a Helping Hand to China Internet ETFs

China’s regulators are working on a plan to bring prominent Chinese technology stocks that trade on foreign exchanges back home, potentially fueling a surge in these foreign-listed tech names and opening an opportunity for related exchange traded funds ahead.

However, a new plan could smooth these Chinese internet stocks’ entry back home and potentially fuel speculative support in their shares. China’s regulators are working on a way to allow the country’s largest tech names to list on mainland exchanges via a structure called Chinese Depository Receipts, or CDRs, which allow investors to own company shares indirectly, reports Jacky Wang for the Wall Street Journal.

The action could potential open the doors to allow China’s robust population easier access to these internet giants that have been trading in foreign markets.