You are at:Home»China Insights Channel»Women in China Increasingly Filling Needs in Heavy Labor 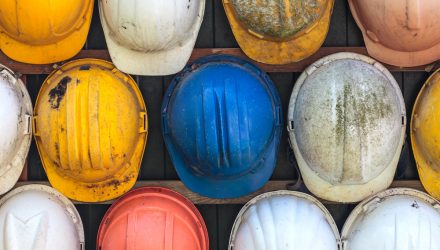 The labor shortage in China brought about by the combination of an aging population and low birth rates has created a vacuum in the heavy-labor industry, one which women are increasingly stepping into, reports the Wall Street Journal. Women can now be found working in construction, transportation, and other sectors that have historically been male dominated, leading to greater financial freedom and work flexibility.

Women working in heavy-labor sectors make up a third of the 286 million rural workers not working in the farm sector. They are finding jobs that are closer to home in order to look after elderly parents, moving back to more rural areas, and foregoing travel to factory jobs in cities.

Populating rural areas has been a push by the country’s President, Xi Jinping, with incentives and cash infusions into loans and subsidies for businesses outside of urban areas.

The population of working-age people between the ages of 15-59 dropped to 63% in 2020, down from 70% ten years earlier. The government is attempting to take on this decline by encouraging more children in families as well as looking at raising the retirement age. In the meantime, women are stepping into the gaps, though they are almost always paid less than their male counterparts.

Almost a third of the workers in urban construction sites are now women, according to estimates of researchers studying China’s labor and gender issues, a number that has increased from roughly 10% a decade ago. While they are paid less, many now have money to spend in one of the largest economies in the world.

‘KBA’ Performing Well in the Midst of Regulations

Recent regulations in China have created extreme volatility and drawdowns in stocks related to Chinese businesses and markets. KBA invests in the fundamentals in mainland China, something that KraneShares believes continue to be strong. The A-shares markets are compromised largely of investors in China, with foreign investors only currently accounting for roughly 5% of spending.

Brendan Ahern, CIO of KraneShares, told ETF Trends that “I would argue that the disparity between domestic Chinese investors versus foreign investors has arguably never been wider.” While outside fears continue to drive volatility, investors within China have mostly continued investing in the daily drivers of the Chinese markets.

The ETF captures mid cap and large cap representation of Chinese equities listed on the Shenzhen and Shanghai Stock Exchanges, which have been historically closed to U.S. investors. At $777 million in assets under management, KBA remains the largest MSCI-linked China A-share ETF available in the U.S.

Holdings in KBA include construction oriented companies in China that are increasingly relying on the female workforce. Sany Heavy Industry Co., Ltd, the third-largest heavy equipment manufacturer globally and headquartered in the Hunan Province; Anhui Conch Cement, the largest cement manufacturer in China; and Power Construction Corp. of China, a state owned company engaged in heavy and civil engineering construction, are all holdings within KBA.