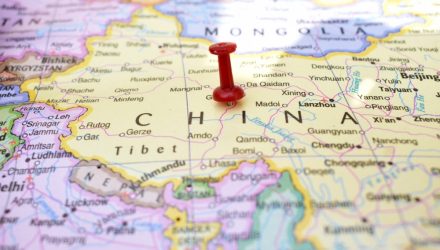 It was a difficult year broadly for global markets but China faced several unique challenges that made investing in the space higher risk in the eyes of many advisors and investors. Despite a tumultuous year for China-centric funds, three China ETFs had more than $1 billion in net flows each in 2022.

The invasion of Ukraine by Russia early in the year put China in the geopolitical spotlight. China is a long-established ally of Russia and fears of sanctions on Russia carrying over onto China weighed heavily on Chinese investments in the first half of the year. That coupled with the carry-over of regulatory risk from 2021 as Chinese agencies continued to address existing problems across a range of sectors and industries in the early months of the year and the ongoing fallout from Evergrande’s default created a higher-risk environment for investing in China.

The summer months brought revised downward GDP goals and economic slowing as China’s COVID zero-tolerance policy forced lockdowns in major metropolitan areas such as Shanghai and manufacturing hubs. The ongoing supply-chain disruptions and risk caused many major corporations to begin shifting manufacturing out of the country, and residents took to the streets across many cities in protest of the COVID regulations at the end of November. The ongoing delisting risk of Chinese companies from U.S. markets has created another point of contention for some, though that looks to be resolving by the end of the year.

The additional risk this year has resulted in Chinese stocks that are at extremely low valuations despite relatively stable underlying company performance. It’s an opportunity that many have seized on as they look ahead to China’s recovery, reflected in the flows of three China ETFs for the year.