You are at:Home»China Insights Channel»Strong Exports for China in September Buffers Economy 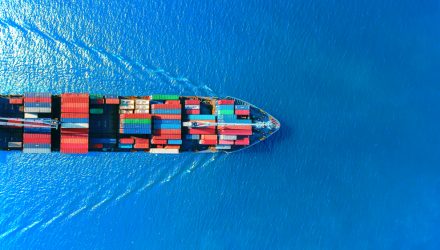 China is the world’s second-largest economy and a vital exporter for all manner of goods and parts worldwide. In September, exports grew a surprising 28.1% over the same time last year, following a rise of 25.6% in August at a time when analysts had anticipated a pullback to 21%, reported Reuters.

Continued growth in exports could help carry China through the weakening in domestic consumption and power shortages that the country is currently experiencing. Several factories, such as Apple and Tesla, have recently been caught up in the power rationing struggles brought on by shortages from an abrupt shift to clean energy, high commodity prices, and high demand from the industrial sector. Many factories have halted production as of the end of September.

“We generally expect these disruptions to ease over the coming months, as we expect senior policymakers to stress growth and to call for the pursuit of climate targets on a more measured timeline,” said Louis Kuijs, head of Asia economics at Oxford economics.

Domestic demand was down, with imports only growing 17.6%, following a 33.1% gain the previous month. The combination has led to a trade surplus of $66.76 billion in September, up from analysts’ estimations of $46.8 billion, according to a poll by Reuters.

“The breakdown showed a broad-based decline across all good types, though it was particularly pronounced for inbound shipments of semiconductors,” said Julian Evans-Pritchard, senior China economist at Capital Economics.

China is plagued by a host of problems, from regulatory fears across the tech sector, a flagging real estate sector driven by Chinese developer defaults, and rising debt. A number of analysts are anticipating the central bank lowering the amount of cash that banks have to keep in reserve, opening up the ability to help small- and medium-sized businesses and stimulate growth.

All of that being said, many economists are still positive as they look to the long term, despite headwinds in the interim. “Further out, we think exports should be underpinned by the ongoing global economic recovery and a gradual easing of global supply-chain disruptions next year,” said Kuijs.

China is viewed with a lot of trepidation by investors currently, with regulatory fears, real estate market woes, and a host of other factors creating uncertainty. However, KraneShares believes that the core driving factors within China’s growth fundamentals still exist, and broad investment within the A-Shares market has proven to be less volatile than more targeted investments within Chinese markets.

The ETF captures mid-cap and large-cap representation of Chinese equities listed on the Shenzhen and Shanghai Stock Exchanges, which have been historically closed to U.S. investors. At $735 million in assets under management, KBA remains the largest MSCI-linked China A-share ETF available in the U.S.

Holdings in KBA include Kweichow Moutai, a major alcohol producer in China, at 5.52%; Contemporary Amperex Technology, a Chinese battery manufacturer, at 2.76%; and China Merchants Bank, the first share-holder commercial bank that is entirely owned by corporate legal groups in China, at 2.57%.