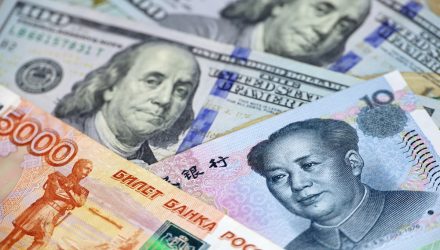 The Public Company Accounting Oversight Board (PCAOB), the non-profit corporation in charge of overseeing the audits of public companies and reporting its findings annually to the SEC, has announced that the recently audited Chinese firms listed on U.S. exchanges have complied in full with the audit process. The PCAOB has formally retracted its previous determinations that Chinese U.S.-listed companies were noncompliant in a historic moment that should ease some of the immediacy of delisting risk.

“We arrived at today’s decision only after thoroughly verifying China’s compliance,” said PCAOB Chair Erica Williams in the press release.

In a major step forward and a partial closure on the long chapter of delisting risk for Chinese companies listed in U.S. markets, the PCAOB announced this morning that Chinese firms provided “complete access to inspect and investigate registered public accounting firms headquartered in mainland China and Hong Kong,” per the press release. It’s important to note that the announcement is only in regards to access and does not reflect any findings within the audits.

It’s a historic moment, as China has never previously allowed a foreign country such complete access to companies domiciled within its borders and marks the effort and cooperation between U.S. and Chinese regulators to navigate through regulatory hurdles towards a solution.

“Today’s announcement should not be misconstrued in any way as a clean bill of health for firms in mainland China and Hong Kong. It is a recognition that, for the first time in history, we are able to perform full and thorough inspections and investigations to root out potential problems and hold firms accountable to fix them,” Williams said.

PCAOB auditors were able to meet all three of the criteria that defined full access, without loopholes or exceptions from China’s side, and are working to release their findings early in the new year. Williams noted that several potential deficiencies were found during the audit process that are consistent with the types of problems typically seen in any first-time audit globally, and the existence of such deficiencies indicates the authenticity of the audits.

“I want to be clear: this is the beginning of our work to inspect and investigate firms in China, not the end. The PCAOB is continuing to demand complete access in mainland China and Hong Kong moving forward. Our teams are already making plans to resume regular inspections in early 2023 and beyond, as well as continuing to pursue investigations,” Williams cautioned.

The announcement doesn’t resolve delisting risk for Chinese companies, as it is just one component of the equation, but it is a major piece that should dial back the immediacy of that risk for investors for now.