You are at:Home»China Insights Channel»Nuclear Plant Could Be Emissions Solution for California 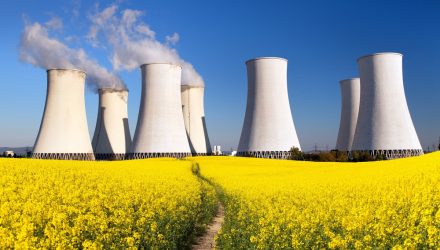 Nuclear Plant Could Be Emissions Solution for California

The Diablo Canyon nuclear power plant, slated for closure by 2025, could save billions of dollars and help California hit its net-zero carbon emissions goals quicker if allowed to remain running.

A recent MIT report, done in conjunction with LucidCatalyst, LLC, found that if the Diablo Canyon nuclear plant was kept open until 2035, it could save $2.6 billion in costs to the power system and help reduce emissions from the power sector by more than 10%.

If the plant’s operation was extended further to 2045 and longer, it could provide $21 billion in savings and meet coastal protection requirements while also preventing 90,000 acres of land from being used to produce energy. Currently, the power plant provides roughly 8% of electricity for California and produces 15% of its carbon-neutral power.

The plant is facing licensing expirations from utility provider PG&E in 2024 and 2024 amidst concerns of nuclear waste, earthquakes, and water use necessary for cooling within the plants. Its scheduled closure hinged on wind and solar energy having become a viable alternative energy source for what the plant is currently providing; recent droughts and heat waves have led to struggling power supplies from alternative energies in the state, however.

“In order to combat climate change in the best possible way, I think nuclear power … is something that we should really consider and ask PG&E to reconsider,” said Steven Chu, former U.S. secretary of energy under President Obama and current Stanford physics.

Continued use of the plant could provide energy for desalination plants that provide drinking water, as well as contribute to producing cleaner-burning hydrogen gas, according to the report. California is one of the states that has taken a hard line approach to emissions with the creation of their own cap-and-trade market and continues to search for solutions to reduce emissions.

Gaining Exposure to the Carbon Allowances Market in California

The index measures a portfolio of futures contracts on carbon credits issued by the CCA and only includes futures with a maturity in December in the next year or two, while using a wholly-owned subsidiary in the Cayman Islands to prevent investors needing a K-1 for tax purposes.