You are at:Home»China Insights Channel»KWEB in Stunning Recovery as It Takes Top China ETF 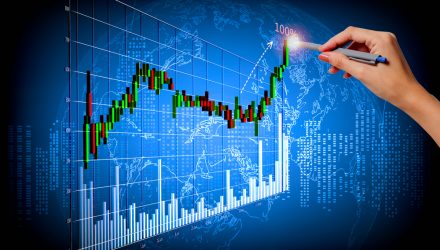 KWEB in Stunning Recovery as It Takes Top China ETF

The KraneShares CSI China Internet ETF (KWEB) took the China regulatory punches and then just kept going in a recent meteoric rise through the markets. KWEB has become the largest China ETF in the U.S., adding $181 billion in inflows on Tuesday, reported Bloomberg.

KWEB has been one of the ETFs hit the hardest by China’s tech and internet sector regulations, having dropped 58% in the initial regulatory crackdown. With pressure on Chinese shares as well as American Depository Receipts (ADRs) in the bid to reform the technology and education industries in China, the ETF plummeted.

The most recent gains on Tuesday, a record price jump and 11% surge, followed a record $530 million inflows on Friday and another $127 million on Monday.

KWEB, as of its Tuesday’s inflows, had $6.2 billion in assets, beating out the long-time top China ETF, the iShares MSCI China ETF (MCHI), which ended the day at $6.1 billion. KWEB is a direct play on China’s internet sector, while MCHI takes a more diversified approach, also including real estate companies and banks.

The announcement of buyback plans by Tencent Holdings Ltd, a strong earnings report from JD.com, and stock pickers such as Cathie Wood buying into the beleaguered tech sector saw tech stocks rallying on Tuesday, contributing to the increased upward momentum of KWEB.

Buying the Dip with KWEB

The KraneShares CSI China Internet ETF (KWEB) is one to watch as the Chinese tech sector — particularly the internet industry — works to meet regulations and recover from its recent setbacks.