You are at:Home»China Insights Channel»How to Invest in Slowed Growth as Fed Signals Half Point Increase 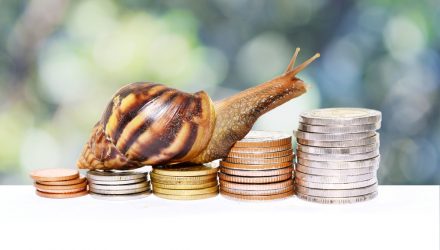 Federal Reserve Chairman Jerome Powell has indicated that the central bank will be increasing interest rates by half a percentage point in May, the first such increase in over 20 years, reports the Wall Street Journal.

Powell made comments at a panel that was hosted by the International Monetary Fund, signaling a half point increase as well as the potential for similar increases in subsequent meetings to combat four-decade high inflation. The Fed has also indicated that it will be looking to reduce its budget sheets in June, an aggressive combination that it hopes will drive prices back down in the face of current inflation.

“It is appropriate in my view to be moving a little more quickly,” Powell said on Thursday at the panel. “I also think there’s something in the idea of front-end loading” such increases.

The IMF announced on Tuesday that expectations of global growth have been lowered to 3.6%, a shrinkage of 0.8% from January’s estimates and down from 6.1% in 2021. The main driver of the new reductions is the war in Ukraine, which continues to have localized as well as global impacts.

Speaking to the labor market and rising wages, Powell said, “It’s too hot. It’s unsustainably hot. It’s our job to get it to a better place where supply and demand are closer together.”

Advisors are increasingly recognizing that the economic growth and productivity enjoyed in the last decade are winding down and have begun allocating into funds that are positioned better for slower growth. The Quadratic Deflation ETF (BNDD) is offered by KFA Funds, a KraneShares company, and is a fixed income, ESG-focused, actively managed ETF that seeks to benefit from lower growth, a reduction in the spread between short- and long-term interest rates, deflation, and lower or negative long-term interest rates.

BNDD seeks to hedge against deflation risk while creating positive returns at times when the U.S. interest rate curve flattens or inverts. It invests in Treasures with different maturities either directly or via ETFs that invest in Treasuries. The options the fund uses are tied to the U.S. interest rate curve, are traded on the OTC market, and include long options, long spreads, and butterflies (an options strategy that uses both bear and bull spreads) in an attempt to limit loss by the fund.