Kai-Fu Lee, the former president of Google China, gave warning to outside reactions regarding recent Chinese regulatory crackdowns. He warned that regulations coming from Beijing regarding the internet sector were a necessary thing to protect consumers and that the West shouldn’t misinterpret or overstate, reported CNBC.

Lee argues that China is actually “very big” on technology, as evidenced by its support in areas such as artificial intelligence, cloud computing, and semiconductors. He believes that ten to fifteen Chinese AI companies will go public in the next year.

“There should not be an overinterpretation of the intent to limit the scope of large internet companies… into an overreaching slowdown of the tech economy,” he said. “That would be a mistaken interpretation.”

The regulations that China is currently enacting are ones that have been done in similar ways in the U.S. and the EU. Major companies directly impacted by recent regulations include Alibaba, Tencent, and Didi, and while their share prices have fallen dramatically, it has created an opportunity for “bargain hunting” according to Lee. The punishments have been meted out and now the companies are restructuring and performing in accordance with new regulations.

KWEB Scooped Up by Investors

The KraneShares CSI China Internet ETF (KWEB) is one to watch as the Chinese tech sector — particularly the internet industry — works to meet regulations and recover from its recent setbacks. 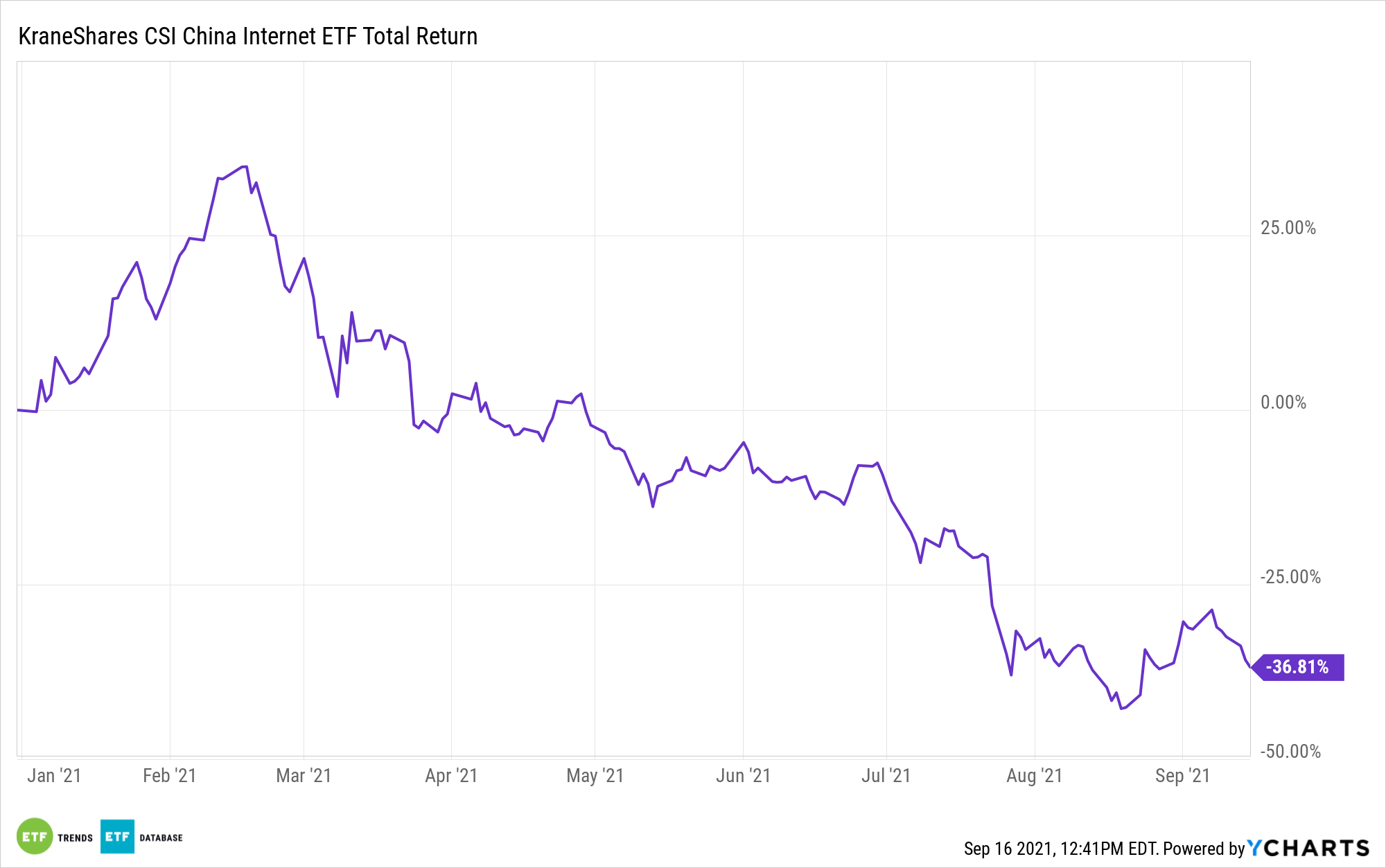