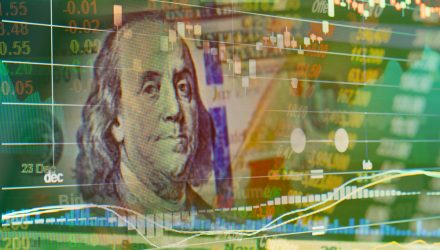 The invasion of Ukraine by Russia last week saw U.S. government bonds fall temporarily, but they closed the week having recovered from the drop, with the 10-year Treasury note closing at 1.984%, almost its highest since the pandemic’s onset, reports the Wall Street Journal.

War generally drives investors to bond markets as they anticipate economic impacts that will slow growth, but with inflation so urgent in the U.S., investors are still expecting the Fed to begin raising interest rates in March as it works to combat historic inflation. Recent sell-offs of the 10-Year Treasury note have pushed the yield above 2% for the first time since before the pandemic.

“People think the Fed is behind, so catching up to where things were before Russia invaded Ukraine is on everyone’s mind right now,” said Jim Vogel, interest rate strategist for FHN Financial.

Short-term Treasury notes stayed mostly the same despite the outbreak of war in Ukraine, closing on Friday at 1.584%, up slightly from Thursday’s 1.544% and close to the highest seen since the pandemic’s beginning. It’s a sign that for U.S. investors, concerns of inflation are still ranking as the highest priority for now.

“The reality is the conflict really hasn’t changed much,” said Larry Milstein, head of government and agency trading for R.W. Pressprich & Co. “The bigger issues are the sanctions and the impact of inflation.”

Advisors have begun allocating into funds that are positioned better for slower growth. The Quadratic Deflation ETF (BNDD) is offered by KFA Funds, a KraneShares company, and is a fixed income, ESG-focused, actively managed ETF that seeks to benefit from lower growth, a reduction in the spread between short- and long-term interest rates, deflation, and lower or negative long-term interest rates.

BNDD has brought in net flows of $73.11 million since January 1, 2022, and continues to experience inflows as advisors position their portfolios for a different economic and market outlook.

BNDD seeks to hedge against deflation risk while creating positive returns at times when the U.S. interest rate curve flattens or inverts. It invests in Treasures with different maturities either directly or via ETFs that invest in Treasuries. The options the fund uses are tied to the U.S. interest rate curve, are traded on the OTC market, and include long options, long spreads, and butterflies (an options strategy that uses both bear and bull spreads) in an attempt to limit loss by the fund.

BNDD carries an expense ratio of 0.99% with a fee waiver that goes until August 1, 2022, and is actively managed.