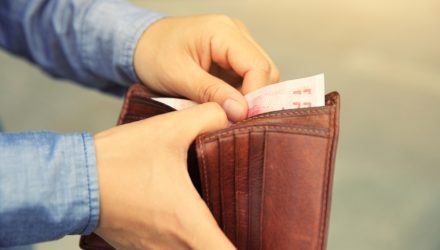 Consumers in China Are Re-Opening Their Wallets

Recent economic data is showing that China’s consumers are starting to spend again. The month of April revealed that discretionary spending is starting to tick higher.

“A private gauge of activity in China’s service sector soared in April to its highest level this year, while tourist travel and some consumer spending exceeded their pre-virus levels during a five-day holiday that ended Wednesday,” a Wall Street Journal article explained.

“At the same time, China’s export sector, the key driver of the country’s economic recovery in the past year, surprised economists by posting yet another month of resilient growth, driven this time by increased shipments to India and other countries battered by recent resurgences of the virus,” the article added.

KBUY seeks to measure the performance of the CICC China Consumer Leaders Index. The index consists of the investable universe of publicly traded China-based companies whose primary business or businesses are in the consumption-related industries such as home appliances, food & beverage, apparel & clothing, hotels, restaurants, and duty-free goods.

As China continues to move forward from the pandemic, consumers are growing increasingly eager to spend.

“Now, with the last coronavirus resurgence having been brought under control for several months, Chinese citizens—still confined within their own borders—are beginning to open up their wallets again,” the WSJ article said.

“In April, the Caixin China services purchasing managers index, a private gauge of services activity, rose to 56.3, up from 54.3 in March and hitting the highest level since December, Caixin Media Co. and research firm IHS Markit said Friday (May 7),” the article added.