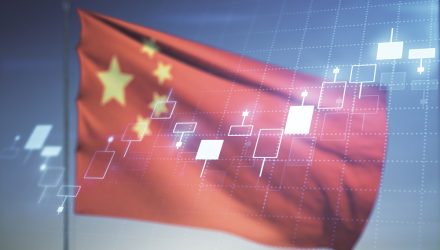 The biggest companies in the most popular U.S.-listed China ETFs closed out the latest earnings season mostly beating analyst expectations, but experts say near-term headline risks may cloud their performance in the next several months.

Five of the nine most commonly held stocks among the iShares MSCI China ETF (MCHI), the KraneShares CSI China Internet ETF (KWEB), and the iShares China Large-Cap ETF (FXI) outperformed median analyst estimates in earning releases in the last few weeks. The companies posted a combined $6.51 in earnings per share against an estimated $5.38, according to data from TipRanks.

Tencent and Alibaba, the first and third-largest companies in China by market capitalization, missed analyst estimates by 10 cents and 15 cents respectively.

The combined earnings figures are just 15 cents off the $6.66 the firms posted from the second quarter of 2021 when growth equities went on a run amid the euphoria of COVID-19 vaccines and near-zero interest rates from the world’s central banks.

Although last quarter’s numbers show net growth for the sector, China is awash with conflicting headline risks from an investing perspective. China and the U.S. moved toward allowing Western inspectors to take deeper reviews at audits of Chinese companies in August, which may head off a swath of Chinese companies from getting kicked off U.S. exchanges under a 2021 law.

However, the country is trying to manage swelling pressure in its housing sector as citizens refuse to pay their mortgages for homes and apartments that are behind schedule. More than 39 million people in Shenzhen and Chengdu are in some form of lockdown after COVID cases recently spiked in those cities.

The Communist Party of China is also set to hold a key party meeting in mid-October where Premier Xi Jinping is expected to receive a third five-year term at the country’s top post as tensions with the West on multiple fronts. That includes China’s ongoing energy trades with Russia, with Western powers shunning Russian energy as much as possible in retaliation for the invasion of Ukraine.

All of that combined has weighed on sentiment in the area. All but one of the China-focused ETFs on U.S. exchanges with more than $1 billion in assets have given up their returns from the market run-up that peaked in late 2020 and early 2021. 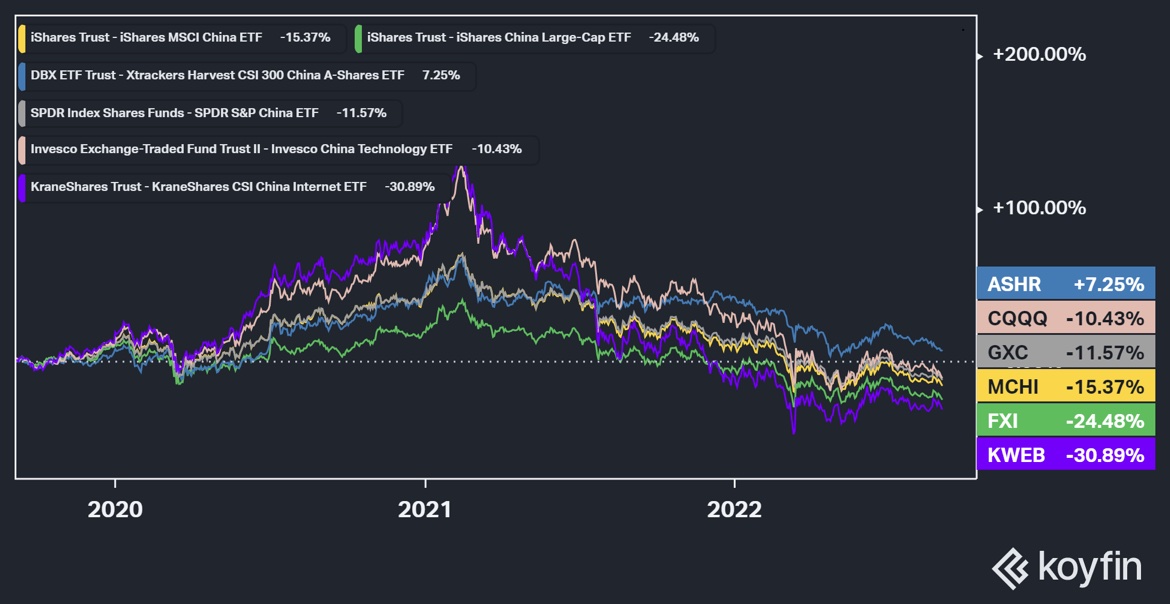 That drop in sentiment means China’s top companies are either overly exposed to headline risks or are on sale, depending on who you ask.

“We’ve found that there’s a disconnect between the fundamentals of the companies and the headlines,” said Brendan Ahern, Chief Investment Officer at KraneShares, which issues the popular Chinese tech ETF KWEB. “The headlines do weigh on the sediment, and that’s reflected in these low valuations.”

While he said a company’s delisting and China’s broader issues are significant risks to worry about, Ahern hopes that and other external factors will lessen, allowing individual company fundamentals to bring their stock prices back up.

China’s companies are also facing similar headwinds to the rest of the global economy, particularly in response to inflation-fighting rate hikes at Western central banks that will reduce the flow of investment writ large.

“It is important to recognize that despite the ongoing geopolitical tensions, China is far more connected to the global economy than is Russia,” said Richard Gardner, CEO of trading and exchange software firm Modulus. “That means that there is more for China to lose if sanctions were put in place and, in turn, more for the international financial community to lose, as well.”