Chinese developers could be getting a giant boon from the central bank as defaults continue for smaller companies and Evergrande once again narrowly misses default with a last-minute bond payment. Stocks and bonds in the sector are climbing as a result, reports the Wall Street Journal.

Chinese regulators are looking into easing the rules regarding leverage within the sector in a move that would be enormously beneficial in helping developers sell off their assets. The existing rules, referred to as the “three red lines” currently prohibit developers from making asset disposals in order to pay off debt.

Sources close to the discussions told the Wall Street Journal that the Bank of China is deciding whether to permit outside buyers to take over these assets without it in turn affecting their own debt ratios. This would come at a time when developers within the sector are continuing to face default as the fallout from Evergrande’s failure permeates the entire market.

By doing away with the leverage limits that currently exist, the industry would be allowed to consolidate as larger corporations could buy out struggling companies and projects. Iris Chen, credit analyst at Nomura, believes that this step would be much more helpful than just a generalized relaxing of limits of the three red lines.

“Even if that happens, it will take time for it to pass through and translate into progress on asset disposals for developers who have tight liquidity,” Chen said.

Evergrande continues to stay just ahead of default, making three payments since the latter half of October, selling stakes in a Hong Kong-listed media company and two private jets to have done so.

Capturing the Potential Recovery of the Asian Bond Markets

The KraneShares Asia Pacific High Yield Bond ETF (KHYB) invests in USD-denominated high-yield debt securities from companies in Asia, excluding Japan. The fund is poised to capture the recovery and growth of the Asian bond market with the possibility of restructure in the future as Chinese agencies look at managing the risks within the markets. 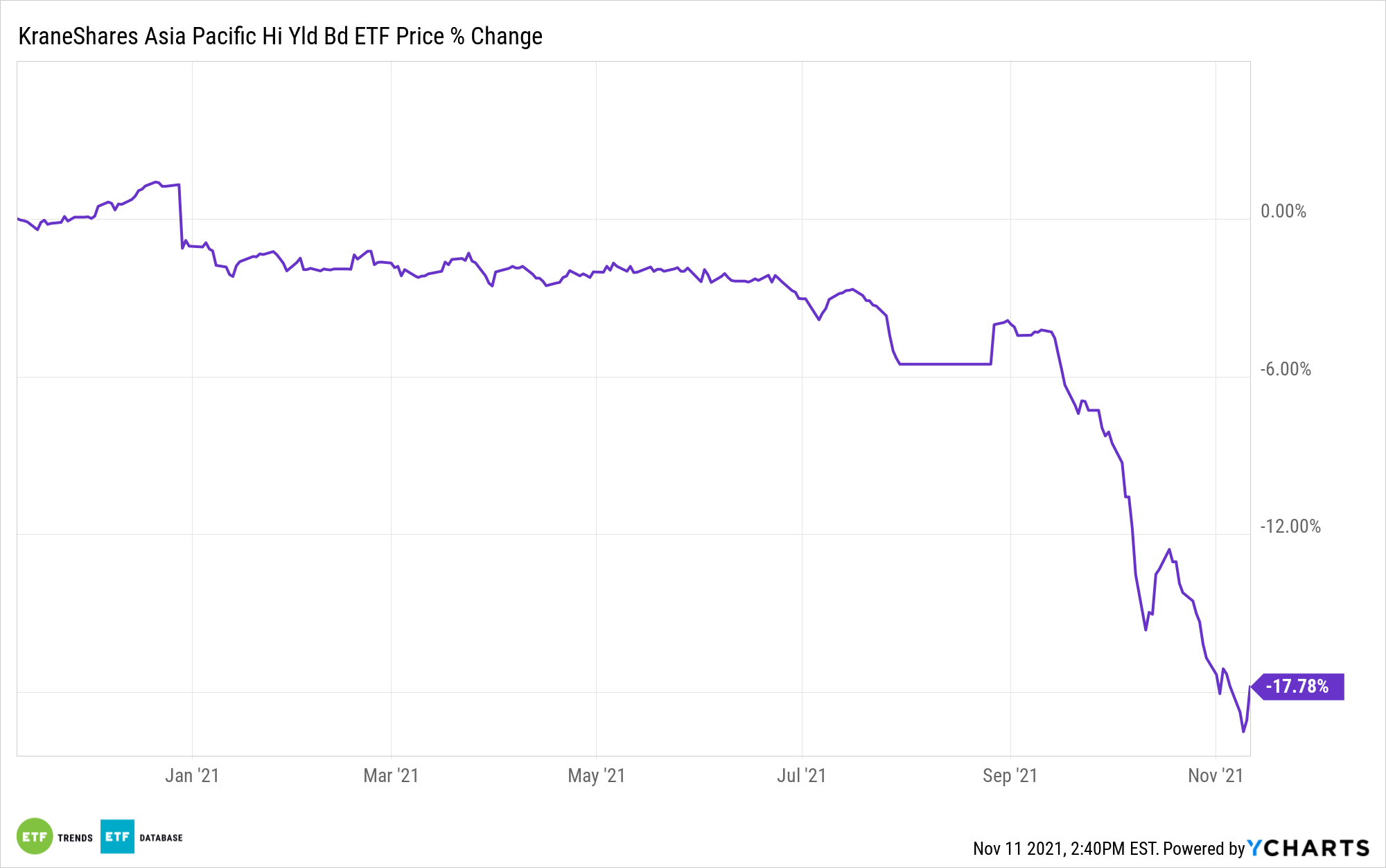 By moving the credit curve up, KHYB will be more defensive against the benchmark and have shorter duration bonds than the index. When the bonds mature, Nikko can decide how and when it wants to redeploy and invest in new bonds, depending on market conditions.