China’s Economy Just Got a Boost From Central Bank Easing

The People’s Bank of China has announced that it would once again be reducing the reserve requirement ratio, freeing up roughly $188.3 billion for the Chinese economy, reports the Wall Street Journal.

The bank will be reducing the reserve requirement ratio by 0.5% beginning on December 15 and will release 1.2 trillion yuan into China’s financial system. It’s a move that the bank has already made once this year, but the PBOC has said that it doesn’t reflect a change in its monetary policy stance and it is looking to balance economic boosts while avoiding flooding the economy. The bank anticipates that at least part of the money will be used by banks to repay loans that were issued to lenders by the central bank.

“China has entered an easing cycle,” said Larry Hu, chief China economist at Macquarie Group. Hu also said that the general anticipation by analysts is that China’s policymakers are shifting towards promoting growth within the next six months to a year.

Reducing the reserve requirement ratio adds liquidity to Chinese financial systems and reflects a concern by policymakers about the economic outlook going forward. The hope is that this boost will help buoy China through the uncertainty that Omicron is causing globally, as well as help support the economy through a bottoming real estate sector as Evergrande undergoes managed restructuring with aid from the government.

An Excellent Opportunity for A-Share Investment 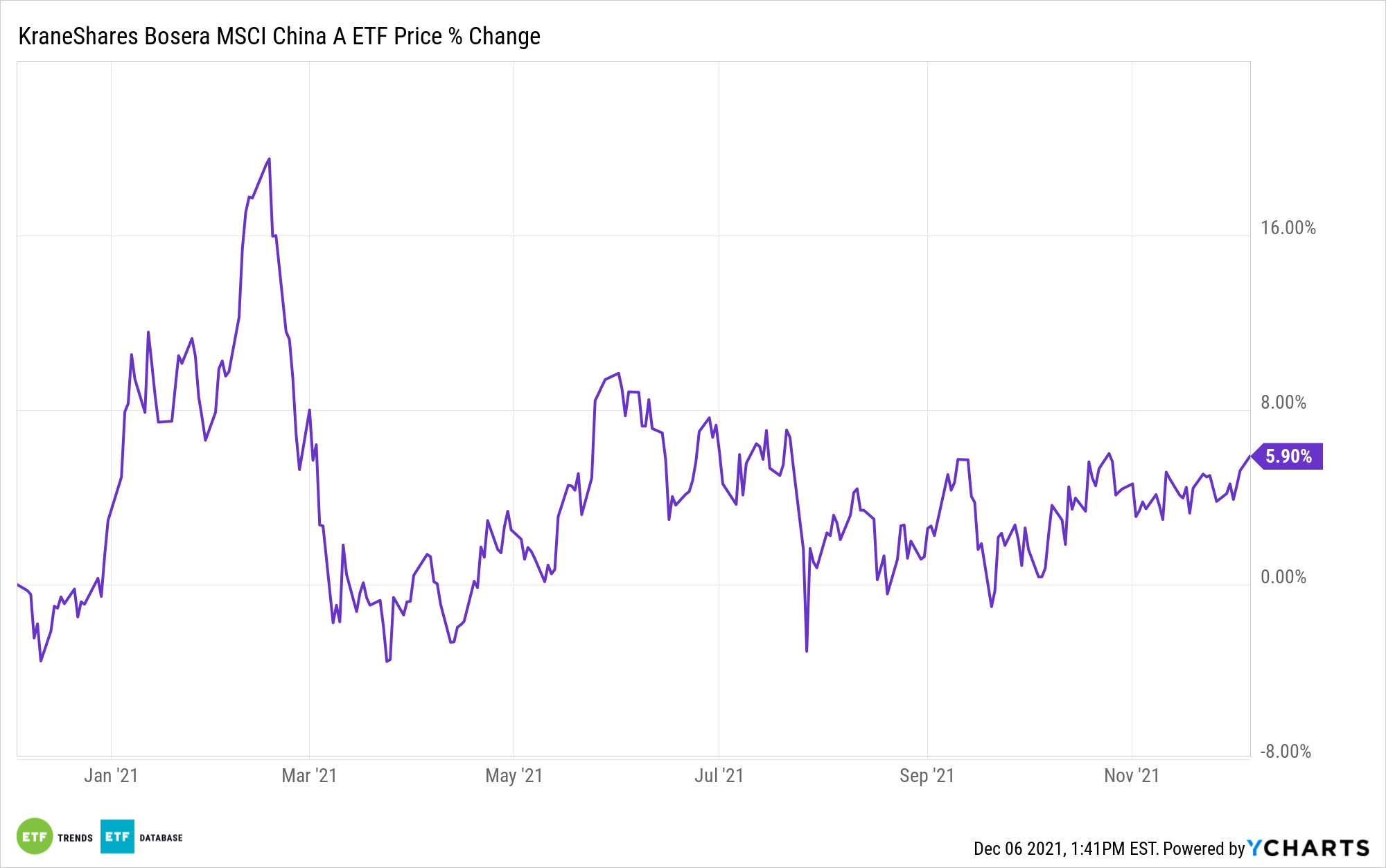 The ETF captures mid-cap and large-cap representation of Chinese equities listed on the Shenzhen and Shanghai Stock Exchanges, which have been historically closed to U.S. investors. At $738 million in assets under management, KBA remains the largest MSCI-linked China A-share ETF available in the U.S.

Holdings in KBA include Kweichow Moutai, a major alcohol producer in China, at 5.43%; Contemporary Amperex Technology, a Chinese battery manufacturer, at 3.54%; and China Merchants Bank, the first shareholder commercial bank to be entirely owned by corporate legal groups in China, at 2.28%.