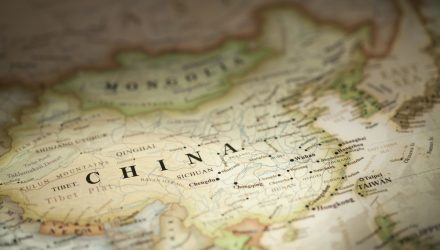 China has released economic data for August that reflected recovery from July and growth, though elements of that growth are likely to be challenged this month with COVID lockdowns.

Retail sales continued to grow at a faster rate in August, coming in at 5.4% year-over-year compared to July’s 2.7% rise and handily beat analyst expectations of 3.5%. Fixed asset investing was up 3% month-over-month and is up 5.8% for the first eight months of the year. Industrial production grew as well, beating expectations of 3.8% to come in at 4.2% in August.

One of the areas of note is the recovery that is happening within China’s beleaguered real estate sector. Property sales rose 6% month-over-month between July and August, reducing losses as the government continues to add backing to the sector and promote project completion by developers.

“The city of Zhengzhou, Henan Province, has ordered developers to restart all projects by October 6th. This comes just after a recent emphasis by central government leaders on affordable housing construction,” explained Brendan Ahern, CIO of KraneShares, in the China Last Night blog.

One of the largest areas of growth in August’s economic data were auto sales in China which were up 15.9% year-over-year, supported by tax incentives that have recently gone into effect. Even more impressive however were electric vehicle sales, an already popular industry in China, that grew an astounding 104% year-over-year and look to continue at least in the short-term as tax credits for EVs were extended.

COVID lockdowns remain a key concern and risk for the country, with September data likely to take a hit from the fresh waves of lockdowns spreading across 30 regions this month.

“The recent lockdown in Chengdu and travel restrictions for certain areas that are slated to last through October may weigh on retail sales in September,” explained Ahern.

Another area to watch is currency. The strong U.S. dollar has wreaked havoc on many foreign currencies and the renminbi has been the latest hit, crossing a key threshold of 7 CNY to the U.S. dollar.

“The People’s Bank of China (PBOC), China’s central bank, is likely to attempt to stabilize the currency, keeping its value in the upper end of a flexible range. The focus of the PBOC is still stimulus and aid for the domestic market. The country’s depreciating currency reflects slowing overseas demand for exports,” Ahern said.

China’s National Bureau of Statistics spokesperson Fu Lingui cited insufficient domestic demand as a continuing problem for China and that the country hopes to shore up growth through manufacturing and infrastructure investment in a recent speech to reporters.

Investing Across China’s Sectors with KBA

For investors that are looking for exposure broadly to China’s sectors, investing in A-shares offers an opportunity. The A-shares markets have historically only been available to Chinese residents and consist of mainland Chinese companies that trade on the two local Chinese exchanges, the Shenzhen Stock Exchange and the Shanghai Stock Exchange.