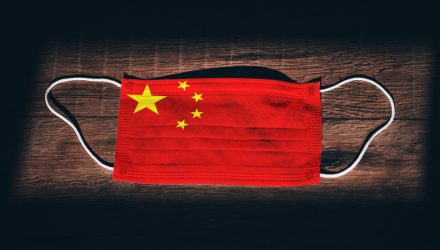 China Unrest Could Give Way to Sharp Rally, Says Expert

Investors that actively follow international geopolitical news know that civil unrest is increasing in China as citizens there attempt to fight back against the Chinese Communist Party’s (CCP) long-running zero-COVID policy. What the end result of the protests will be remains to be seen, but over the short term, it wouldn’t be surprising to see some pressure applied to Chinese risk assets. However, some market observers believe the duress could give way to opportunity, potentially providing runway for exchange traded funds such as the KraneShares MSCI All China Index ETF (KALL) to recover.

KALL, which turns eight years old next February, is a broad approach to Chinese equities, as it features 256 stocks listed in Hong Kong, mainland China, and the U.S. That breadth could be useful for investors looking to position for the possibility of positive news out of the world’s second-largest economy. How President Xi Jinping handles the recent unrest could go a long way toward determining whether or not those positive outcomes arrive.

“The public scenes of anger and defiance in major cities such as Shanghai and Beijing are an unprecedented challenge to Xi’s rule,” noted deVere Group CEO Nigel Green. “No one knows how the protests will develop, how long they might last, and critically how the government will respond to the situation.”

Xi could be in a tenuous position and that could work in favor of KALL investors, but China’s long-standing heavy-handed policy toward anti-CCP protestors could unnerve other global investors. Likewise, plenty of Chinese trading partners and multinational companies doing business in China, like the country’s citizens, are tiring of the zero-COVID policy.

“The controversial lockdowns, growing numbers of infections, and now the highly unusual social unrest in the world’s second-largest economy, often dubbed the ‘factory of the world’, is spilling over into global financial markets as there’s huge uncertainty,” added Green.

Indeed, KALL has leverage to a possible China reopening. The KraneShares ETF allocates 22.27% of its weight to consumer discretionary stocks — its largest sector exposure. A rebound in the world’s second-largest economy would likely benefit the country’s banks. Financial services stocks account for over 21% of the KALL roster. For now, though, investors may need to exercise patience as Green forecasts a broader reopening in April 2023.

“Many investors will be looking ahead and positioning their portfolios now for the reopening,” he concluded. “They will be seeking to take advantage of the country’s transition from an export economy to a consumption one, which will be more sustainable.”