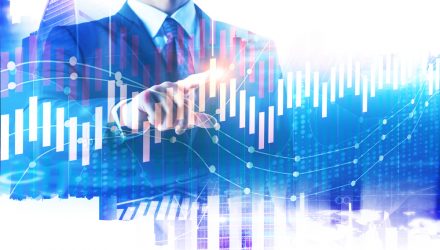 China Is Investing in the Metaverse. KWEB Makes It Yours

In an about-face that has surprised many analysts, the Chinese state is injecting money into the development of the metaverse in an effort to put China at the center of the next phase in the internet, reports the Financial Times.

Both state-backed entities and local governments within China are giving financial support and credence to the growth of metaverse projects. Tongzhou, a district within Beijing, created a fund in January to finance start-ups within the metaverse, and Shanghai’s city hall has created a virtual wing that will be dedicated to allowing virtual interfacing between government officials and companies.

China recently created the Metaverse Industry Committee, and it has announced the inclusion of 17 companies that will help to “promote the healthy, orderly and sustainable development of the metaverse” within China.

Chinese internet giants Tencent, Alibaba Group, and Baidu have all filed trademarks related to the metaverse recently as they compete for space and dominance in an industry that could be worth $8 billion just in China, by Morgan Stanley estimates. The metaverse remains very loosely defined, and it’s allowing for many companies to include themselves in this next potential evolution of the internet.

“The concept is so broad that any company can enter the metaverse, even if they really have nothing to do with it,” said Chenyu Cui, a gaming analyst at research group Omdia based in Shanghai. “You see entertainment, medical and chemical firms all styling themselves as part of the metaverse.”

The KraneShares CSI China Internet ETF (KWEB) offers exposure to some of the biggest companies within China’s internet sector, many vying for top stakes in the metaverse within China.

Its top holdings include major players seeking to stake their claims within the metaverse in China, such as Tencent at 10.42%, Baidu Inc (BIDU) at 6.71%, and Alibaba (BABA) at 6.62%.