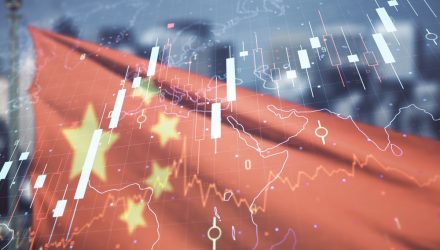 “These companies are very thinly traded with very small US market cap so it is not a loss for US capital markets,” Brendan Ahern, CIO of KraneShares, which has a New York-listed fund focused on Chinese tech, told Reuters.

There are over 250 U.S.-listed Chinese companies that could potentially leave American stock exchanges if U.S. and Chinese regulators do not reach common ground over audit papers of Chinese companies. The two sides are at loggerheads with one another after the Holding Foreign Companies Accountable Act of 2020, which required foreign U.S.-listed companies to be audited or face the prospects of being delisted from U.S. exchanges.

“These companies have strictly abided by U.S. capital market rules and regulatory requirements since their listing in the United States, and the delisting decision was made out of their own business considerations,” according to the China Securities Regulatory Commission.

Some have speculated that the delistings come as state-owned Chinese companies hold sensitive information that they do not want to be released to a foreign government. Consequently, China may come to an audit agreement with the U.S. once these more sensitive state-owned companies have bowed out.

“We see this as a positive sign. This is consistent with our view China will decide what companies would be allowed to be US-listed and thus subject to SEC’s audit investigations,” Jefferies analysts said in a note.