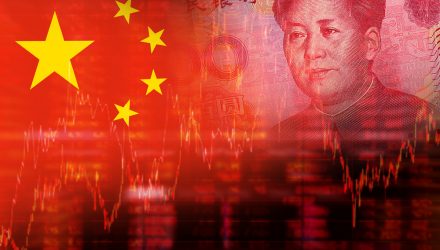 Updates on the Chinese economy revealed several indicators, including factory output, investment, consumer spending, youth hiring, and real estate, were all depressed, prompting the People’s Bank of China to unexpectedly cut two of its key interest rates to bolster the economy, the Wall Street Journal reported.

“You’ve been seeing a slowing trend in China amplified by the lockdowns,” Tom Plumb, portfolio manager at Plumb Balanced Fund, told Reuters. “The credit problems they’ve had especially with real estate developers, that’s going to tie their hands for how aggressive they can go back to stimulation. But I think it’s a sign they’re going to try to be more accommodative.”

The Chinese economy is under pressure, following Beijing’s zero-tolerance COVID-19 policy, along with a deflating property bubble. Consequently, consumer and business sentiment are both down, a consequence of the “humongous uncertainty about the future,” Alicia García-Herrero, Asia-Pacific chief economist at the investment bank Natixis, told the WSJ.

Consequently, the central bank cut two key interest rates by 0.1 percentage points and added about $59.3 billion into the financial system to spur lending and economic activity. Some economists anticipate more accommodative easing will be required in the months ahead.

“Domestic demand growth remains fragile, held back by government policies as well as rising concern about the economy’s prospects, so the PBOC is trying to do what it can to at least support business and consumer confidence in order to prop up demand,” Eswar Prasad, professor of economics at Cornell University, told the WSJ.