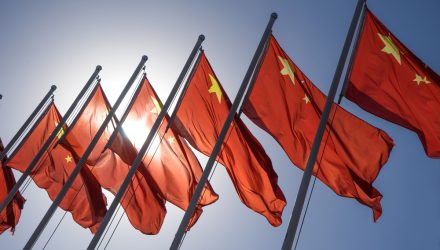 China ETFs’ Recovery Could Be Slow

While China’s economy is reopening from its coronavirus-induced lockdowns, investors shouldn’t expect a swift rebound in country-specific exchange traded funds with market watchers warning of a drawn-out recovery.

“China’s economy has bottomed out but it is not out of the woods yet,” Bruce Pang, chief China economist at Jones Lang LaSalle, told the WSJ, adding that it would be “almost impossible” to reach the country’s official full-year target of around 5.5% growth, which would require Chinese output to expand by at least 8% per quarter for the rest of the year.

The latest data also caused some investment banks to downwardly revised their China growth forecasts, Société Générale cut its full-year growth forecast to 2.7% from 4.1% and Barclays expects China’s economy to expand by 3.1% this year or down from 3.3%.

Beijing is expected to reveal unveil fresh rounds of infrastructure-oriented stimulus, which it has done before to get the economy out of a rut, such as what happened in the wake of the 2008 global financial crisis. Since May, policymakers have announced several fiscal supports such as tax cuts worth hundreds of billions of dollars. Nevertheless, observers warned that this will leave the country holding more debt, and it won’t create enough new jobs in areas that China needs, such as the services sector.

“The recovery is very likely to be far more gradual than it was in 2020,” Frederic Neumann, chief Asia economist at HSBC, told the WSJ.