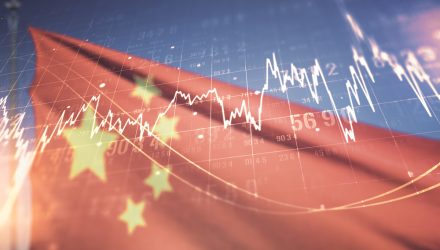 While there is no clear indication that Beijing’s increased scrutiny on tech and other fast-growing businesses will ease anytime soon, the absence of any new crackdowns in recent days helped bring back investors who anticipate long-term value in China’s stock market, Bloomberg reports.

Regulatory compliance has weighed on China “every three, four, five years and obviously the markets have sold off at the time. But very quickly afterwards, the markets have recovered and gone through to new heights,” MSCI Inc. Chairman and Chief Executive Officer Henry Fernandez told Bloomberg Television.

Some are also trading on technical cues based on the relative strength index that revealed that the market plunged into oversold territory last week.

“We are seeing lots of bottom-fishing activities in the market, including strong buying of Tencent and Alibaba,” Jackson Wong, asset management director at Amber Hill Capital Ltd, told Bloomberg. “Companies that have fallen the most and prove to have solid fundamentals will lead the rebound.”

For example, Cathie Wood’s ARK bought American depository receipts of JD.com on Monday after the e-commerce company’s quarterly sales beat estimates. The purchases come after Wood stated earlier this year that the firm could cut its China holdings to a negligible amount.

Furthermore, Tencent Holdings stock Tuesday was enjoying its largest gain since July 29, after a buyback of 230,000 of its own shares on Monday.