You are at:Home»China Insights Channel»China ETFs Jump on Speculation of Easing Regulatory Crackdowns 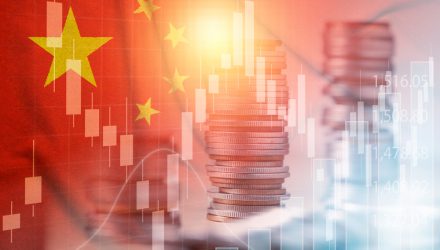 Chinese internet stocks rallied after the Communist Party’s Politburo said that authorities will reveal specific measures to support the healthy and normal development of the platform economy, Bloomberg reports.

The tech segment was already strengthening even before the Politburo’s announcements as traders focused on rumors about an upcoming meeting between companies and policy makers over easing the yearlong regulatory scrutiny that has weighed on the markets. China is working on a symposium with “Big Tech” after the Labor Day holiday, according to the South China Morning Post.

“The latest statements from China’s Politburo are very bullish for the market,” Manish Bhargava, fund manager at Straits Investment Holdings Pte, told Bloomberg. “The latest moves in stock market following Politburo’s comments “could imply that maybe some kind of a near-term floor is in place.”

Beijing seems to be “compromising” with the U.S. regulations on overseas Chinese firms listings, according to Justin Tang, head of research at United First Partners. “Stocks are oversold and there is speculation of the potential end to the crackdown on these companies.”