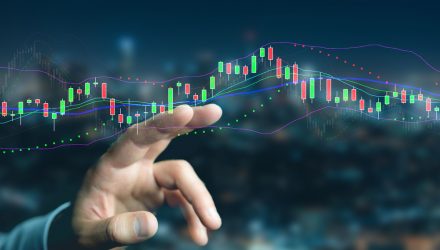 Alibaba’s buyback plans are worth up to $25 billion, which is a significant amount, given the company’s total market capitalization of about $270 billion, the Wall Street Journal reports.

The e-commerce giant’s plans fore share repurchases were “a sign of confidence about the company’s continued growth in the future,” Alibaba said in a statement.

Citigroup analysts calculated that the enlarged buyback plan was “likely the largest share repurchase program ever in China’s internet sector,” and suggested that Alibaba’s management saw the current share prices as undervalued and attractive.

The China Securities Regulatory Commission (CSRC), the stock market watchdog, has been encouraging listed companies to buy back shares and asset management firms to subscribe to their own fund units after the recent declines, South China Morning Post reports.

The CSRC also stated that it had moved to resolve the delisting risk of Chinese companies trading in the U.S., which triggered the most recent round of selling.

“That’s a set of policies that is helpful to repair the over-pessimistic sentiment among investors,” Li Lifeng, a strategist at Huaxi Securities in Shanghai, told South China Morning Post. “Given the policy bottom is in place, the market bottom is in sight.”

Chinese technology company stocks have been under extreme volatility recently on concerns that U.S. regulators could delist companies as soon as 2024 and on signs that Beijing could continue to crack down on its financial markets.

However, Chinese markets have bounced back after the steep declines, following regulators’ moves to stabilize financial markets.