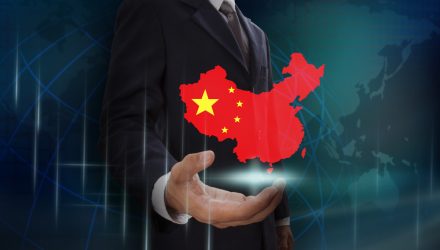 China country-specific exchange traded funds are beginning to pick up momentum as some argue that the worst is behind the emerging market.

UBS Group AG upgraded its outlook on Chinese equities to overweight from underweight, arguing that the tighter economic regulation has finally been priced in and adding that corporate earnings and valuations are set to improve, Bloomberg reports.

Strategists Niall MacLeod, Karen Hizon, and Jiamin Shen made the about-face on their recommendations after sticking to a pessimistic call for the past year and a half as China’s economy stepped out of its COVID-19 pandemic-era bear market before slowing again.

Beijing’s economic “policy is already moving through its tightest point,” and earnings should strengthen next year as cyclical upgrades across the region and weak earnings in Chinese internet names fade, according to the analysts.

The shifting views on Chinese equities comes after the emerging market suffered a major pullback in response to regulatory crackdowns on prominent technology names and other regulatory scrutiny across a range of sectors that erased over $1 trillion from the market value of Chinese equities listed globally.

“The narrative over the last couple of days has been earnings focused and tech stocks have led the charge,” Kyle Rodda, a market analyst at IG Australia, told Reuters. “There’s momentum there, simple as that.”