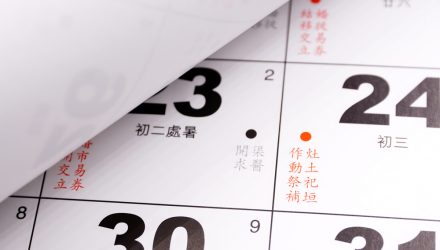 China: A Week in Review With KraneShares

Foreign investment into China that plummeted in October on fears of what President Xi’s newly appointed cabinet would mean for many aspects of national policy appears to be on the rise once more as China navigates the transition into Xi’s third term.

Concerns about a potential tightening of COVID-19 policies in the country, impacts to the technology sector that has been subjected to much regulation in the last year and a half, and the consolidation of power by President Xi himself prompted China divestment for many foreign investors in October.

Many of those fears have been either directly or indirectly addressed this week. China’s State Council has laid out eight new proposals that provide support for the digital economy, reported Brendan Ahern, CIO of KraneShares, in a post on the China Last Night blog. The support for the sector provides further proof that regulations for the technology sector, home to some of China’s highest growth companies, are well and truly at an end.

Rumors have also been trading heavily that a government committee has been assembled to plan out a full reopening for China in March of 2023, though there has been no confirmation and Chinese officials have worked to quell any rumors thus far. China’s Zero-COVID policy has often come at great economic cost to the country and has been a primary concern for foreign investors in the last two years.

There have been a couple new developments in COVID prevention within China this week: More than 12 Chinese cities have registered to distribute a vaccine from CanSino Biologics that is inhalable, and Germany’s Chancellor announced that the BioNTech Pfizer mRNA vaccine is to be approved for use by ex-patriots living in China. There are also rumors that visitors to China will have quarantine requirements cut, though nothing official has been announced.

A final possible major tailwind for U.S.-listed Chinese companies is Bloomberg’s report that U.S. auditors in Hong Kong could be finishing their first on-site audit inspections early. Inspections in this first round were anticipated to take through the middle of the month, but dozens of U.S. inspectors could be leaving as early as this week.

“Markets cheered the exit as a positive sign though we don’t know the outcome of their audit reviews. In theory, the companies should have no problem passing an audit review though the issue has been politicalized,” Ahern explained. 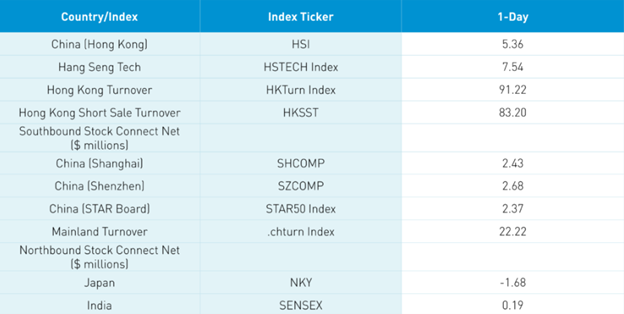 Investment Opportunities in China With KraneShares

KraneShares offers a range of ETFs that are China-centric or China inclusive, including the KraneShares Bosera MSCI China A Share ETF (KBA), which invests in Chinese A shares across multiple sectors — specifically those from the MSCI China A 50 Connect Index. The index utilizes a balanced sector weight methodology to give exposure to the breadth of the Chinese economy.

For advisors and investors that see potential in a rebound within China’s technology sector, which is currently trading at a steep discount, the KraneShares CSI China Internet ETF (KWEB), which tracks China’s internet sector, offers opportunity. KWEB invests in companies that develop and market internet software and services, provide retail or commercial services via the internet, develop and market mobile software, and manufacture entertainment and educational software for home use.

KraneShares also offers the recently launched KraneShares S&P Pan Asia Dividend Aristrocrats ETF (KDIV), which tracks companies that have grown their dividends sustainably over an extended time horizon in the Pan Asia region. The fund offers exposure to China, Australia, Japan, and more and will provide advisors with the opportunity to diversify their portfolios globally while still taking a more defensive stance against market volatility through dividend aristocrat companies.