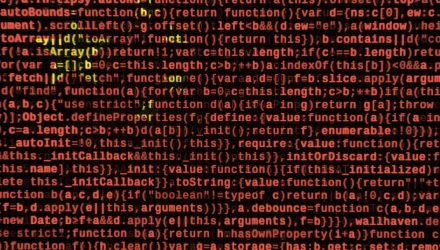 China’s tech market wasn’t immune to the broader weakness that also plagued the United States tech sector in 2022. However, tech could see a comeback this year, especially with the Chinese government loosening its regulatory grip.

In a move to curb monopolistic behavior, China put forth heavy regulatory measures on big tech names. In China’s eyes, big tech was becoming too powerful as more consumers sought to use online services, especially during the height of the pandemic.

These regulatory headwinds were also coupled with the Evergrande crisis in real estate, which also affected a sizeable chunk of the country’s economy. Then, a resurgence in COVID-19 cases also re-established lockdown restrictions that further choked the economy from experiencing growth in 2022.

Of course, inflation also had a hand in tamping down economic growth in China, but the government’s move to scale back its regulatory measures on big tech is a step towards the right direction to get the economy back on track. Big tech strength can help translate to more job creation.

“Next, we’ll promote healthy development of internet platforms,” said Guo Shuqing, the Communist Party boss at the People’s Bank of China Guo, who is also chairman of China’s Banking and Insurance Regulatory Commission, per a CNN report. “We’ll encourage them to come out strong in leading economic growth, creating more jobs, and competing globally.”

“The key to rapid economic recovery and high-quality development is to convert current total income to consumption and investment as much as possible,” Guo said.

The Chinese tech sector is certainly ripe for the picking when it comes to playing a bounce-back. That said, rather than opt for individual holdings, investors can simply get the biggest tech stars in one exchange traded fund: the KraneShares CSI China Internet ETF (KWEB).

KWEB tracks the CSI Overseas China Internet Index and measures the performance of publicly traded companies outside of mainland China that operate within China’s internet and internet-related sectors. KWEB is essentially China’s version of the Nasdaq 100 — the fund provides exposure to the Chinese internet equivalents of Google, Facebook, Amazon, eBay, and the like, all companies that benefit from a growing user base within China and a growing middle class.

When looking at the specific holdings within KWEB, investors will see a “who’s who” of big tech with respect to the Chinese market. This includes giants like Tencent Holdings and Alibaba group — names that could certainly benefit from a renewed economic growth spurt in 2023.