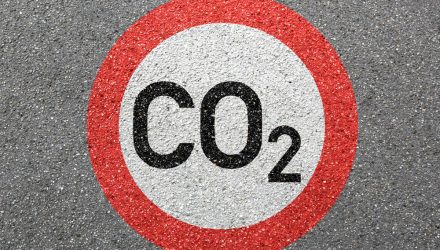 When looking to diversify a portfolio to adapt to a changing environment, investors can consider the ins and outs of the global carbon markets and how they can gain access to this historically inaccessible market through exchange traded funds.

In the recent webcast, Carbon Allowances: An Asset Class That’s Good for the Planet and Your Portfolio, Eron Bloomgarden, partner at Climate Finance Partners, highlighted humanity’s negative effect on the environment and steps being taken to remedy the damages. According to the Fourth National Climate Assessment, the U.S. government’s official report on the impact of climate change, many independent lines of evidence support the finding that human activities are the dominant cause of recent (since 1950) climate change. Atmospheric carbon dioxide (CO2) levels have increased from approximately 270 parts per million by volume (ppmv) during preindustrial times to the current 408 ppmv observed in levels that exceed any observed over the past 800,000 years. A 40% increase in atmospheric CO2 levels since the Industrial Revolution is due mainly to human activities, primarily the combustion of fossil fuels.

Bloomgarden argued that many sectors may be exposed to climate change risk, pointing out that extreme weather, including heat waves, drought, wildfire, heavy rainfall, flooding, and storm surges, may adversely affect market sectors like information technology, healthcare, energy and utilities, and real estate.

As humanity begins to comes to terms with these risks and takes steps to reverse the damages, regions have developed emissions trading systems to help reduce carbon emissions. Economists generally believe that if there is an appropriate price on carbon emissions, the free market may optimally adjust to provide the best mix of goods and services while accounting for environmental damage caused by pollution from carbon emissions.

Bloomgarden explained that a carbon emissions trading system (ETS), or cap-and-trade, is a market for trading carbon allowances that are regulated by governmental organizations such as the European Union Emissions Trading System (EUA), the California Cap and Trade (CCA), and the Regional Greenhouse Gas Initiative (RGGI). The price of carbon is driven by emissions limits and the number of carbon allowances within circulation. A regulated entity must comply with emissions limits within its jurisdiction by buying carbon allowances. Emissions trading systems create a price for the negative impact of carbon emissions while incentivizing investment into cleaner technology.

Looking ahead, the market is expected to grow as more regions try to achieve their net-zero carbon targets. For example, the European Union will reach its legally binding target to cut emissions to 55% below 1990 levels by 2030. It has issued a package of 13 proposals to expand and revise the E.U. ETS, such as reducing the number of permits in circulation each year at a faster rate than the current one.

Luke Oliver, managing director and head of strategy at KraneShares, explained that carbon allowances help reduce emissions as traditional or emissions-heavy sectors incur greater costs by buying carbon allowances from relatively cleaner sources, such as coal energy producers buying allowances from natural gas, solar, or wind power producers. The idea is that costs would become so prohibitive that these cleaner sources would become increasingly more competitive.

Oliver pointed out that in California, the CCA program plans to reduce carbon levels to 60% of 1990 levels by 2030 and achieve carbon neutrality by 2045. The cap will reduce 4% per year to achieve this objective. The program also has a floor price that rises 5% plus inflation adjustment each year.

To help investors access these markets, we turn to the expanding and highly liquid futures market. As of December 2020, the three largest global carbon futures markets tracked by IHS Markit’s Global Carbon Index had an annual trading volume of of $257.94 billion.

Financial advisors who are interested in learning more about the carbon market can watch the webcast here on demand.