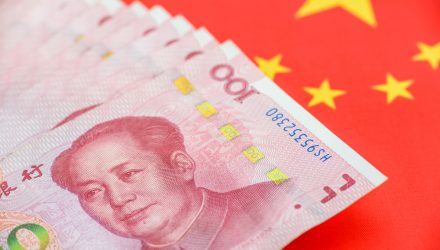 A Discussion on Chinese Delisting and Economic Opportunity in China

While the U.S. continues to experience record inflation, China is cutting interest rates and continues to make policy moves that support the expansion of its economy. Brendan Ahern, CIO of KraneShares, presented a webcast moderated by Tom Lydon, CEO of ETF Trends, on the opportunities for investors through exposure to China’s A-shares, as well as what the SEC announcement of five Chinese companies failing compliance of the Holding Foreign Countries Accountable Act (HFCAA) means for other Chinese companies listing in the U.S. as well as KraneShares’ funds.

The delisting issue is centered around companies providing the audit review to the Public Company Accounting Oversight Board (PCAOB), and China is the only country that currently doesn’t adhere to the global standard, Ahern says. The five Chinese companies were identified because they had just filed their annual report with the SEC, and therefore were flagged as being out of compliance with the HFCAA.

“They’re just the first. I would anticipate all 200-plus U.S.-listed Chinese names to end up on this list in the coming weeks and months,” Ahern explains.

Chinese companies are caught between two opposite sets of regulations that on the U.S. end don’t impact China, but do affect U.S. and global investors. Since the passage of HFCAA at the end of 2020, Ahern explains that KraneShares has spent a great deal of time speaking with regulators and politicians in Washington DC to try and help them understand that at the end of the day, it’s U.S. investors paying the price.

“What we’re seeing is that the companies themselves are moving their Treasury stock out of the U.S. share class into the Hong Kong share class,” Ahern says. “The companies themselves are taking this U.S. law very, very seriously, and they’re protecting their wealth, their assets by moving, and that’s something that we at KraneShares have been doing.”

Ahern explains that KraneShares is and has been converting out of U.S. ADRs and into Hong Kong share classes for the last year and recommends that any investors with exposure to China do the same. This can be seen in the KraneShares CSI China Internet ETF (KWEB), where KraneShares has converted all of its Alibaba ADRs to Hong Kong shares, and has done the same for many other companies in the fund.

A Look Ahead to Growth for China in 2022

The talk pivots to the performance and strong fundamentals that companies in China have exhibited, despite negative investor perceptions and sentiment. Over the course of the pandemic, China never lowered rates, which has positioned it to anticipate the potential of economic growth.

“Over the last year, we’ve seen this incredible disconnect between the fundamentals, the operations of the companies versus the price action,” Ahern says.

The last year has seen a lot of regulation hammering many different sectors in China, which Ahern explains seemed ad-hoc simply because it was different regulatory agencies working along different timelines, but that the regulations were meant to protect users in the digital space, break apart monopolies, and were overall positives intended to help promote long-term growth. The regulations within the technology sector were similar to existing regulations already in place in Europe to protect user data and privacy.

The A-Shares market in China is comprised 95% by investors within China and is a good gauge of economic and market sentiment inside the country. China is facing a policy of easing and stimulus, and has set a GDP growth target of 5.5%, which is contrary to the tightening that is happening in most other countries.

Looking ahead to the rest of 2022, Ahern explains that it’s a big year politically for the country, with President Xi seeking a third term in office, and that the monetary policies are anticipated to remain accommodative to help encourage growth of the Chinese economy.

“As the world tightens, that’s going to dampen the demand for exports out of China,” Ahern explains. “That means domestic consumption has to fill the slack.”

Financial advisors who are interested in learning more about investing in China’s growth through A-shares and innovation in China can watch the webcast here on demand.