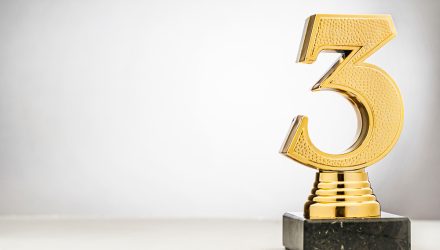 3 ETFs in “Oversold” Territory to Start the Week

Technical analysis can tell investors a lot about both stocks and ETFs, including when some might have been overbought, or even oversold. Based on the Relative Strength Index (RSI) Indicator, which looks at a fund or stock’s price over a 14-day period, here are three ETFs that have recently broken into oversold territory and could be worth considering.

DBMF hit 27.82 as of December 2, having crossed into oversold territory, or under 30 based on the RSI indicator, around the turn of the month. The strategy is actively managed and aims to broadly emulate the performance of certain Commodity Trading Advisor hedge funds by using long and short positions in futures and forwards across asset classes.

The oversold ETF can allocate to a Cayman-based subsidiary for its commodities exposures, with its model also including a volatility target. DBMF charges an 85 basis point fee, having taken in net inflows of $40.5 million in net inflows over the last month. With its focus on alternatives and total return, it could be an appealing strategy for the right investor.

KMLM also works in alternatives and absolute returns. Actively managed, the ETF currently sits at an RSI indicator of 28.8, having dipped into oversold territory a few times in November prior to its recent reentry.

The strategy from KraneShares also uses its long and short positions to work with commodity, currency, and global fixed income futures. KMLM has taken in net inflows of $118 million over the last three months, with limited volatility. The ETF saw 43.8% volatility over the last five days according to VettaFi, with no more than 25% over any of its 20-, 50-, or 200-day volatility metrics.

BIS tracks the NASDAQ Biotechnology Index (-200%) and recently dipped into oversold territory, hitting 29.82 on the RSI indicator. The oversold ETF charges a 95 basis point fee and aims to short certain biotech stocks, offering a powerful tool for those investors who have a short-term, bearish outlook on biotech or pharmaceuticals.

While not for everyone, the strategy may appeal to those investors who look to make tactical moves. BIS has broadly equaled the performance of the Factset Segment Average in which it is categorized according to VettaFi.