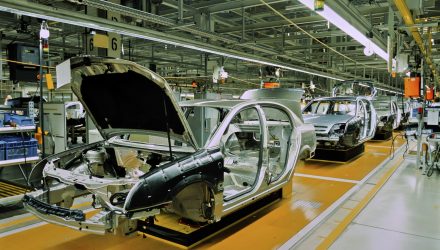 Automaker stocks and car-related ETFs revved up as China considers halving its auto purchase tax to bolster its struggling automobile industry in the wake of the ongoing U.S. trade war.

Among the better performing automakers, General Motors (etftrends.com/quote/GM) was up 2.7% and Ford Motor (NYSE: F) jumped 4.3% after both falling off more than 20% this year. CARZ includes a 8.0% position in GM and 7.6% in F.

China’s National Development and Reform Commission has outlined a plan to reduce the purchase tax to 5% from 10% on vehicles, which would be applied to cars with engines no bigger than 1.6 liters, according to Bloomberg. However, no decision has been made.

“This news is very positive as it removes a large part of the negative sentiment towards the group, driven by China risk,” Arndt Ellinghorst, an analyst at Evercore ISI said in a note, according to Business Insider. “If China stimulus is confirmed, we expect Auto stocks to show strong positive momentum into year-end.”