You are at:Home»Equity ETFs»China ETFs Rebound on Round of Stimulus Measures, Trade Talks 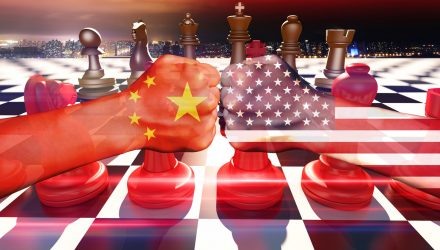 China ETFs Rebound on Round of Stimulus Measures, Trade Talks

China-related exchange traded funds climb after Beijing announced a new round of economic stimulus measures ahead of trade talks with Washington D.C.

The PBoC’s cut in the reserve ratio would put a net cash injection of Rmb800bn, or $117bn, into the economy, which was at the high end of analysts’ expectations. It was also the biggest net cash infusion in five similar measures since January to counter the growth slowdown.