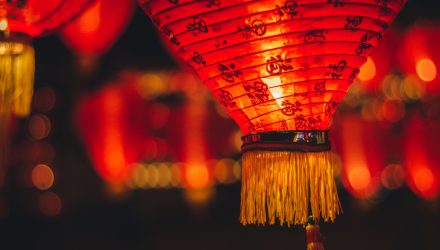 Chinese stocks rallied Monday, with technology-related ETFs taking the lead, after the People’s Bank of China signaled it would take a more proactive approach to combating a stronger U.S. dollar and uncertainty surrounding the trade war between Washington D.C. and Beijing.

The China-related ETFs strengthened on a more optimistic outlook on the yuan currency. Beginning this month, the central bank resumed using an adjustment in the daily pricing of the currency against the U.S. dollar, known as the counter-cyclical factor, to diminish the bias toward a weaker yuan, Bloomberg reports.

The PBOC stated that the factor “plays a positive role in keeping the yuan rate at a reasonable equilibrium level.”

“The central bank’s statement to support the yuan has boosted market sentiment, which is the main reason for the rise of the stock market today,” Kang Chongli, an analyst with Lianxun Securities Co., told Bloomberg.

The new round of adjustments signaled that China will be supporting the yuan after the recent declines – the yuan depreciated 6% against the USD over the past three months. The central bank has already raised the cost to short the currency and urged lenders to prevent any “herd behavior” in the foreign exchange market.