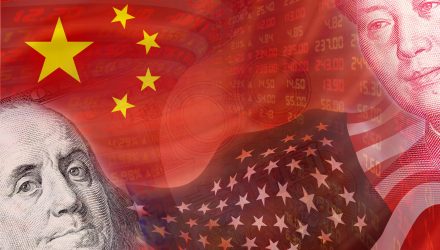 China ETFs: An Emerging Market Too Big to Ignore

As investors look to overseas markets to diversify their investment portfolios, China continues to be underrepresented, but one may look to China A-shares exchange traded funds to gain exposure to mainland Chinese stocks.

On the recent webcast (available On Demand for CE Credit), China: Your Top Questions Answered by Industry Experts, Robert Bush, Director and ETF Strategist at DWS revealed the results of a recent survey of investor portfolio construction habits specific to emerging markets and China, and he found that the majority of investors allocate 10% or less of their overall portfolio to the developing markets. Furthermore, within their small position in the emerging markets, Chinese equities typically make up a fraction of the emerging market position.

“It is expected that over time, the A-Shares will be ‘fully included’ within the MSCI Index universe. This will increase the A-Share’s FIF-adjusted market capitalization to 100%. Projecting off of the weighting from the initial inclusion on June 1, fully included A-Shares and China would respectively comprise approximately 15% and 47% of the MSCI EM Index,” Luke Oliver, Head of U.S. ETF Capital Markets at DWS, said.

DWS has found that many investors favor China exposure due to the emerging market’s businesses and population growth, followed by diversification benefits and improving technologies. However, there are some drawbacks as investors have pointed to risks stemming from the government, volatility, transparency, accounting practices and currency fluctuations.

Looking ahead, Bush highlighted China’s ongoing shift toward domestic consumption and less dependence on investments to fuel further GDP growth. While investment is coming down, the quality of investments are increasing, with more investment in technology as China is facing wage problem and has relocated nearly all textile industry to Southeast Asia. Furthermore, a steady growing middle class will support the growth in the coming years ahead.

As investors look to a global investment portfolio, China is becoming too big to ignore. China is the world’s second largest economy, expanding at a rate three times faster than the United States. China’s economy has also grown to nine times its size in 2000. China’s share of global GDP made up 15.0% in 2017, compared the U.S.’s 24.3%. Despite the slowdown in growth as the economy matures, China’s GDP is expected to continue to expand at a rate of over 6.0% through 2021.

Warren Buffett famously asserted that the ratio of stock market capitalization to GDP “is probably the best single measure of where valuations stand at any given moment.” China’s equity market still has significant potential to grow relative to the size of its economy. 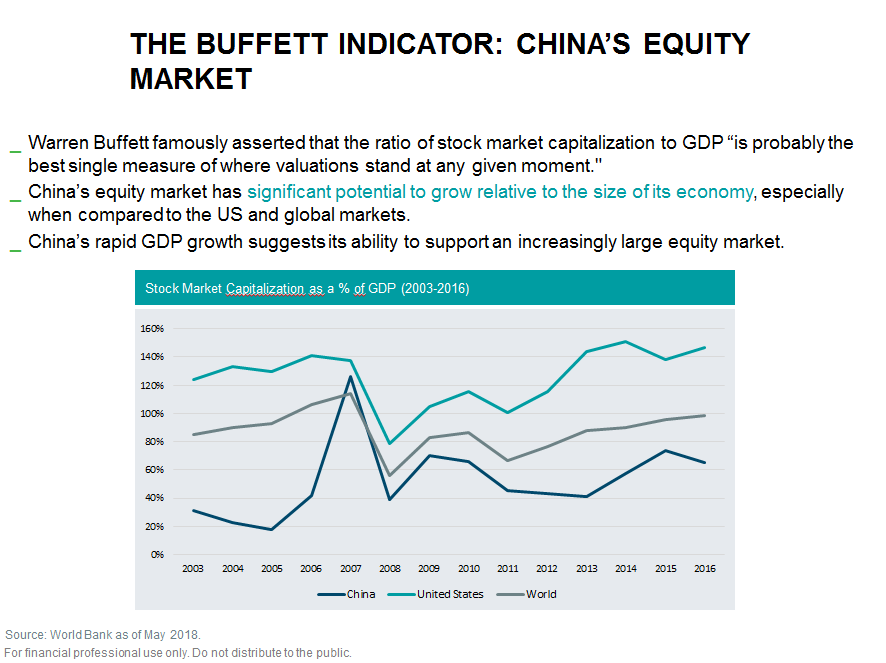