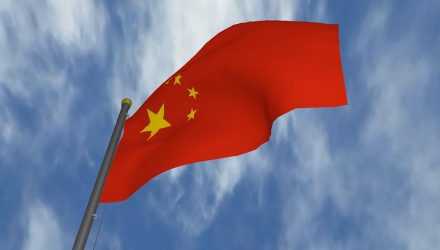 The yield on the benchmark 10-year Chinese government bonds ended 2.9 basis points higher at 3.562 percent as Beijing vowed that it would pursue a more “vigorous” fiscal policy in order to stimulate growth as expectations of looser conditions begin to rise. The change in policy comes as fears that the trade wars between China and the United States could heighten, dealing a blow to the current economic landscape.

“The government is sending a clear signal that it is preparing to defend growth, … Premier Li may be concerned about the negative impact of deleveraging on growth,” ANZ economists Raymond Yeung and Betty Wang said in a note.

The uptick in 10-year Chinese bond yields are a welcome sight to China fixed-income investors who have been seeing a persistent decline in yields–as such, a rise in bond prices. Since the beginning of the year, the 10-year yield has shed more than 50 basis points.

China’s central bank, the People’s Bank of China, extended a loan of 502 billion yuan ($74.36 billion) to financial institutions via its one-year medium-term lending facility (MLF) in an effort to help stimulate growth. In addition, China also hinted at plans to issue 1.4 trillion yuan in special bonds by local governments to underwrite investment in infrastructure–a move that would depress bond prices as a result of increased supply.