You are at:Home»Equity ETFs»Chile ETF Finds Support from Its Copper Mining Operations 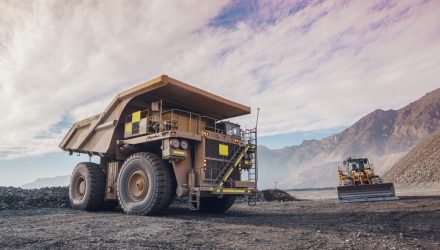 Global miner BHP said Wednesday it would cut down activity at its small Cerro Colorado copper mine in Chile due to the coronavirus, Reuters reported. The mine produced 71,700 metric tons of copper in 2019, or about 1.2% of Chile´s total output.

“Lockdowns are easing in many economies and that should drive up demand,” WisdomTree analyst Nitesh Shah told Reuters. “At the same time, mines in Chile are experiencing problems in terms of COVID-19 cases.”

“Once the pandemic is passed, every peso we generate will help to lift our country tomorrow,” Araneda told Reuters.

Araneda underscored the safety measures the company has taken, including longer shift rotations at its flagship El Teniente mine and temporary shutdown at its Chuquicamata smelter and refinery.