You are at:Home»Fixed Income Channel»Chasing After the Fed, ETF Investors Dive into Corporate Bonds 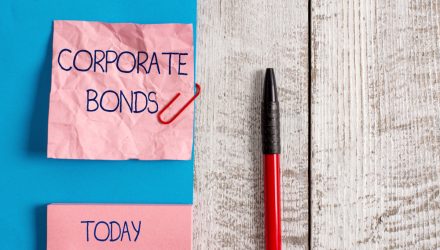 Chasing After the Fed, ETF Investors Dive into Corporate Bonds

The Federal Reserve has been slowly deploying some of its monetary tools available to support the fixed-income markets, including exposure to corporate debt for the first time ever, and bond exchange traded fund investors are following suit.

According to the latest figures, $96bn from the Fed’s lending facilities has been deployed after accounting adjustments calculated by TD Securities, compared to $95bn a week earlier, the Financial Times reports. This amounts to less than 4% of at least $2.6 trillion the central bank promised it would make available.

“The Fed support provides a tremendous backstop,” Tom Krasner, co-founder at Concise Capital, told the FT. “The economy would have been in freefall without it.”

Meanwhile, the Fed’s holdings of ETFs that invest in corporate bonds rose by $1.3 billion to $3.1 billion for the asset category, according to adjusted figures. The corporate bond ETF purchases are part of the Fed’s broader plan to support the secondary market for corporate debt, and it is only getting started. A second facility for purchasing corporate debt directly from issuers has yet to be implemented.

The Fed’s announcement that it would buy corporate bonds and ETFs have caused a surge in demand for related ETFs. For example, the iShares iBoxx $ Investment Grade Corporate Bond ETF has already grown by $12 billion to a record $49 billion in assets under management after the announcement was made on March 26. Meanwhile, assets in the iShares iBoxx $ High Yield Corporate Bond ETF jumped to a record of $25 billion.

Additionally, the Fed has funneled $2.2 trillion into financial markets through government bond purchases or quantitative easing.

“The effect of the programs is more psychological than financial,” Jim Shepard, who runs investment-grade bond issuance at Mizuho, told the FT. “The Fed has totally achieved its target.”