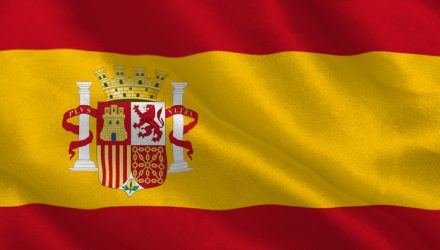 Spain’s market and country-specific ETF slipped Friday after Catalan parliament’s declaration of independence from Spain, triggering a wave of political risk-off selling in the region.

“In the near term, the volatility will probably remain because the issue still needs to settle,” Nicola Mai, a sovereign-credit analyst at Pacific Investment Management Co., told the Wall Street Journal, adding the key risk to watch for would be “significant civil unrest.”

The Catalan declaration was made after a secret ballot and is likely to be ruled illegal by Spain’s constitutional court. The European Union is also unlikely to recognize Catalan independence, but Madrid’s bids to take over the regional government could fuel further unrest.

Some observers were also concerned the declaration of independence would be harmful for the Spanish economy, especially given Catalonia’s significant role. Catalonia accounts for 16% of Spain’s population, and it’s economy makes up one-fifth of Spanish GDP, with exports representing one-quarter of the national total. Furthermore, Catalonia has attracted foreign investment that makes up more than one-quarter of inward investment to Spain.

“It reflects a negative impact on growth for one of the economies that was leading Europe and could now be affected,” Adrien Pichoud, chief economist at SYZ Asset Management, told the WSJ.

The uncertainty also dragged on the euro currency, with the CurrencyShares Euro Currency Trust (NYSEArca: FXE) down 0.5% as the EUR weakened to $1.1599.