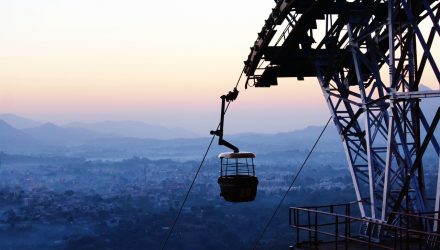 A Case Against Overweighting International Equity

There are two big differences.

First, in the traditional value factor, the dividing line is the characteristic in question: i.e. “cheapness.” All the stocks we buy are, by definition, relatively cheap. In the U.S. versus International case, both sides include both cheap and expensive stocks. We’re trying to express a valuation-driven trade but using very muddied instruments to do it.

Second, we’re using a dividing line that introduces a confounding risk factor. For the value factor, we generally expect both the cheap and the expensive portfolios to share similar characteristics. Both have exposure to U.S.-centric risk factors (e.g. economic growth and inflation).  In fact, evidence suggests that if we actively control for unintended bets – e.g. unintentionally overweighting one sector versus another – results are actually enhanced, especially on a risk-adjusted basis.

In the case of U.S. versus International, not only do we not expect the two baskets to share similar characteristics, but the construction of the trade ensures it. This is important because both sides are now exposed to different risk factors that can cause the trade to go off-course.  For example, higher relative economic growth in the U.S. may help neutralize a higher relative valuation.  Introducing a variety of unintended risk factors means a diluted trade.

If we really wanted to tap into the global value factor, we’d be much better off buying a basket of cheap global stocks (perhaps controlling for country exposure). Or, at the very least, buying a number of country indices with cheap characteristics (and thus diversifying our bet).

This would all be less of a big deal if we could diversify the bet over time.  In other words, if we could make this bet 100 times over our investment lifecycle, we could hopefully average out all the extra noise over time.  Unfortunately, when it comes to valuations, regimes move very slowly.  Consider the Shiller CAPE for U.S. equities: 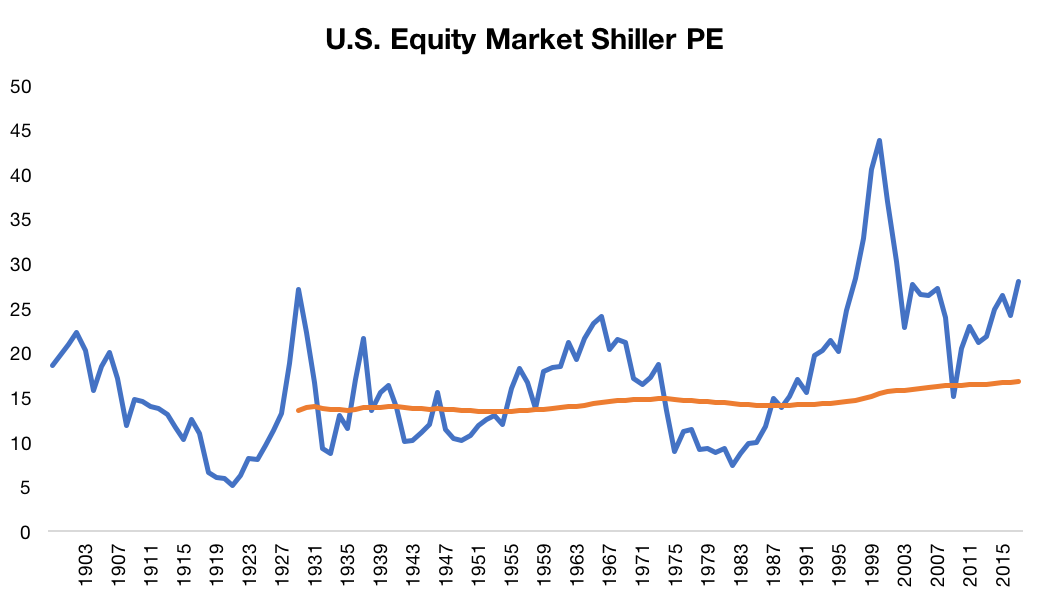 Source: Multpl.com.  Calculations by Newfound Research.  Average is calculated as an expanding window average with a minimum period of 30 years.

Over the last 30 years, U.S. equities have been above the average in 29 of the 30 years.  Yet if you sat on the sidelines from 1987 to today, you would have missed a 10%+ annualized market return.

Without the ability to exploit cross-sectional or temporal diversification, it’s hard to advocate for an aggressive tilt towards International equities based upon valuations alone.

Earlier this year, in an interview with Bloomberg, AQR’s Cliff Asness said that he now only gets excited when value measures hit their 150th percentile.

While, technically, this is mathematically impossible, we second his wisdom.  For all the points we listed above, valuation-driven market timing is really, really hard.  Between imprecise measures and an inability to diversify against confounding risk factors, it may not be worth doing at all.

Except – maybe – in the case where we’re seeing historically absurd, never-before-seen measures.  When simple metrics give exceptionally weird readings, it helps limit the odds that the result is due to some unaccounted-for oversimplification.  Today’s relative valuations may indeed be justified.

Unfortunately, for U.S. versus International, we’re not seeing nearly extreme enough readings to justify making a significant bet based solely on a valuation argument alone.