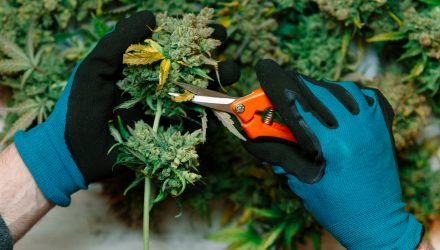 A cannabis-related ETF  was among leaders in the markets Monday as Canadian pot stocks rallied amid rising speculation that more alcohol companies will be partnering up with marijuana growers in response to Canada’s move toward legalization.

For example, Diageo Plc, the maker of Guinness beer, is holding discussions with at least three Canadian cannabis producers over a possible deal, Bloomberg reports.

Earlier in August, Constellation Brands, the maker of Corona, announced it would invest $3.8 billion in Canopy Growth Corp.