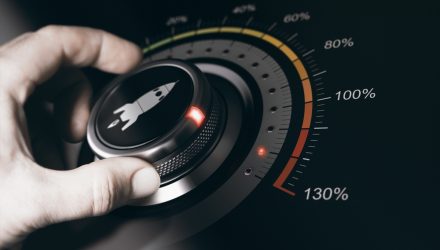 Can the Outperformance in Value ETFs Last?

Exchange traded funds that track the style have begun to finally outperform the growth category, but the value rally may not last after finally recouping from a steep sell-off.

Value stocks are more sensitive to the rise and fall of the economy than growth stocks. Value also tends to track the inflation rate, and in the first quarter, the economy and inflation both slowed sharply.

When it appeared that the economy would have to slog through a period of weakness, value underperformed, but the growth style capitalized on the shift in the economy toward a more tech-reliant, stay-at-home world.

As the economy seemed to be recovering with employment rates unexpectedly rising, the cyclically sensitive sectors and value stocks started to narrow the gap between cheap and expensive stocks.

Now, on the efficient markets view, the outlook depends on what happens to the economy, writes James Mackintosh for the Wall Street Journal. If the economy continues to improve, the risks for value stocks will abate, allowing them to outperform.

However, this recent pandemic-induced downturn has only highlighted the growing disparity between the value style, which is highly exposed to the health of the economy with its greater tilt toward companies like financials, and the growth category, which is dominated by tech and disruptive innovators that have outperformed over the past decade.

Value has lagged 17 percentage points behind growth over the worst three-month period ended late May, including dividends. During the dot-com bubble era, the value was only a little further behind growth. Based on data from Professor Kenneth French, Professor Fama’s longtime collaborator, using the price-to-book ratio to define value, cheap stocks underperformed by the most over three months since the depths of the Great Depression, or worse than the 2008-09 bear market.

Consequently, the markets may just be readjusting to the overreaction to the broad market sell-off as noted in the rebound across cheaply valued areas like airliners that surged last week, along with the financial and energy sectors.

Mackintosh argued that we may draw comparisons to 1932 and 2009, which set up a massive value rebound after the government stepped in to prop up the economy. However, after both periods, the value rally did not last.