You are at:Home»Equity ETFs»Can Housing be a Safe Haven if a Recession Hits? 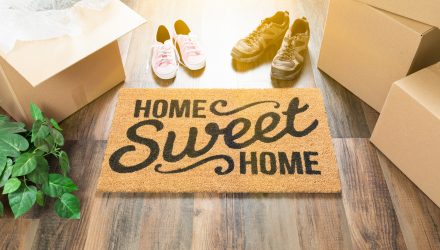 Can Housing be a Safe Haven if a Recession Hits?

A housing market collapse that helped spur the Great Recession might just be 10 years old, but amid the volatility seen in the stock market, trade wars and a flattening yield curve, the thought of housing as a viable alternative during a recession would be an afterthought–maybe not anymore.

In fact, housing has been able to weather the proverbial storm whenever the economy goes awry. Aside from the Great Recession of 2008, it’s been a reliable safe-haven asset since the 1980s.

“Other than during the GFC (Great Financial Crisis), home prices have kept rising even during recessions, probably because rates fall, the vast majority of people retained jobs and household formation continues,” said Thomas J. Thornton, Jefferies’ head of U.S. equity product management. “This could be a particularly big cycle for household formation owing to the millennials.”

Jefferies’ comments come as interest rates are on the move upward with a fourth and final rate hike to end 2018 widely forecasted by the markets. The CME Group’s FedWatch Tool is calculating a 78.4% chance the Federal Reserve will hike rates by another 25 basis points.

However, the hawkish tone once exhibited during the height of the historic bull run has changed with the Fed now sounding more dovish as volatility has been reigning in the capital markets despite data from the real economy, such as the labor force, still exhibiting strength.

On the housing front, a one-two combination of rising rates and low affordability continues to pound the industry, which could prove to be a hard sell for investors looking to real estate as a safe haven as the stock market continues to get roiled by volatility. Furthermore, the NAHB Housing Market Index for the US has fallen to 60 in November–it’s lowest recording of the year.