You are at:Home»Equity ETFs»Can Emerging Market ETFs Do It Again in 2018? 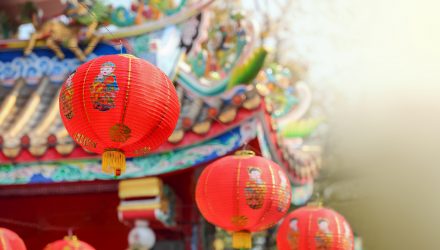 Can Emerging Market ETFs Do It Again in 2018?

Emerging markets are enjoying improved fundamentals thanks to corporate earnings improving as economic growth rebounds and strengthening currencies against the U.S. dollar on the back of improved economic outlooks. This year, investors have been flocking to emerging markets exchange traded funds, including the iShares Core MSCI Emerging Markets ETF (NYSEArca: IEMG). IEMG is the low-cost alternative to the iShares MSCI Emerging Markets ETF (NYSEArca: EEM).

“Emerging markets are at an earlier stage of expansion and reinforcing the growth backdrop, benefiting from better trade activity and firmer commodity prices,” said BlackRock in a recent note. “We expect the EM world to weather any mild slowdown in China. The U.S. may soon receive a decent dose of fiscal stimulus from tax cuts.”

China is usually the largest country in diversified emerging markets ETFs, such EEM, IEMG and the Vanguard FTSE Emerging Markets ETF (NYSEArca: VWO). Due to massive inflows this year, IEMG is now the second-largest emerging markets ETF behind VWO. In addition to China, markets such as Brazil and India are driving upside for developing world equities.

Analysts expect Brazil’s economy to grow modestly this year before posting more impressive growth figures in 2018. Still, that is better than the recently ended recession, which plagued Brazilian assets. Falling interest rates throughout the developing world, at a time when some developed markets are considering boosting borrowing costs, are helping the case for emerging markets equities.