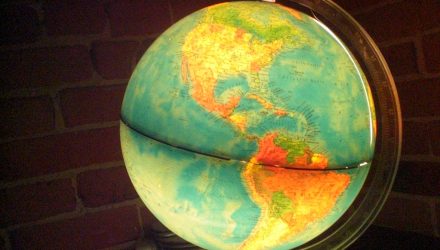 “Opportunities right now are abroad,” Samantha Azarello, Global Market Strategist at JP Morgan ETFs, told ETF Trends. “I know international markets have not done the greatest year to date so there’s some hesitation there, but these markets compared to the US have a lot more runway, their valuations are relatively cheaper, they have more earnings firepower, and they’re just earlier in their cycles.”

According to Nasdaq, “trading volumes continue to lag despite continued chatter of the “longest bull run” in modern history.” Meanwhile, the volume of trading activity picked up on emerging markets, especially last week when the economic crisis in Turkey reached fever pitch.

Per a report by CNBC, “even with its ongoing currency crisis, last week Turkey saw its highest weekly inflows since the first week of January 2013, according to recent weekly data from EPFR Global.” This could also mean that emerging markets will be more susceptible to geopolitical issues, which was seen as Turkey contagion invaded markets abroad.

Nonetheless, if emerging markets can effectively deflect the geopolitical news and investors can focus on fundamentals, it could be opportunities in the international space that will take the helm as the capital markets in the U.S. delve deeper into their late cycle.