Bulls Back The Banks
You are at:Home»Equity ETFs»Bulls Back the Banks Ahead of Fed Meeting 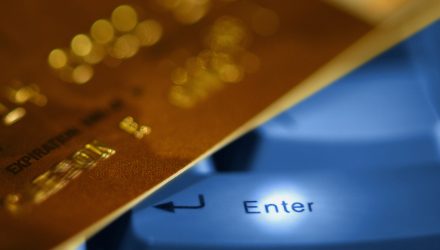 Bulls Back the Banks Ahead of Fed Meeting

On Monday, options activity in XLF was brisk.

“XLF calls are changing hands at six times the average intraday pace, with nearly 270,000 exchanged so far — that’s compared to just 36,000 puts. Call volume is now pacing for an annual high on the fund, and at current levels, it would mark XLF’s lowest daily put/call ratio — 0.14 — in at least a year,” according Schaeffer’s Investment Research.

Additionally, the Trump Administration’s tax reform effort is seen as a potential catalyst for the financial services sector, but it remains to be seen if that effort will come to life. Deregulation could also help the financial sector improve their margins. President Donald Trump has shown its eagerness in cutting back the red tape and remove some of the post-financial crisis regulations that has stifled the industry.