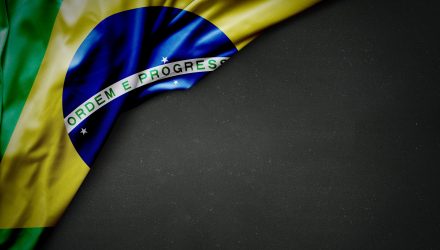 Among emerging markets single-country exchange traded funds, the iShares MSCI Brazil Capped ETF (NYSEArca: EWZ), the largest Brazil ETF trading in the U.S., was significantly less bad than rivals last year. Much of EWZ’s less-bad-by-comparison performance had to do with the October election of Jair Bolsonaro as the country’s newest president.

Previous administrations have promised reforms in Brazil, only to leave investors disappointed. Still, EWZ gained almost 11% in the first week of 2019, indicating some market participants have faith in Bolsonaro’s ambitious agenda.

“The appointment of Chicago-trained economist as Brazil’s Finance Minister Paulo Guedes has been largely welcomed by markets,” said Morningstar in a recent note. “Pensions is one key area of reform he has already identified, with pension costs currently represent 55% of primary government spending. Tax cuts and simplifying the tax system is another area of focus.”

Markets observers were optimistic that Bolsonaro’s economic cabinet, led by former investment banker Guedes, will push through reforms needed to cut down the country’s 180 billion reais, or $47.31 billion, deficit and restore confidence and growth to the ailing economy.

From 2014 to 2016, Brazil, Latin America’s largest economy, mired in a recession. Since then, economic growth there has been tepid.