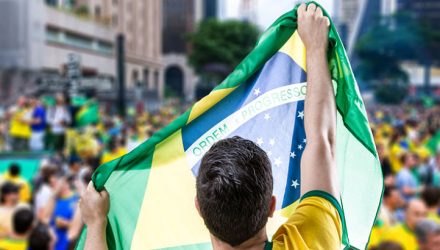 The BRIC quartet of Brazil, Russia, India and China are making their presence felt in this year’s emerging markets rally.

“Wooed by India’s efforts to streamline regulations, Brazil’s economic rebound stabilizing prices for Russian oil exports and China’s stronger currency, traders are warming to the countries’ higher yields and better outlook for equities,” reports Bloomberg. “It’s an abrupt reversal after they were scorched by a 40 percent drop in the biggest BRIC exchange-traded fund from the end of 2012 through early 2016 as Brazil lost its investment grade, Chinese growth slowed from a meteoric pace, Russia’s oil revenue plummeted and India’s current account deficit swelled.”