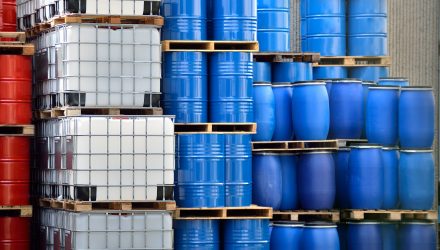 A Breakout Beckons for Oil ETFs

Recently, oil found support from diminishing global supply, which declined by 1.4 million barrels per day to 99.7 million barrels in January on plummeting exports out of the Organization of Petroleum Exporting Countries, according to the International Energy Agency.

“The main catalyst for the bullish run is a sharp pullback in OPEC’s output at the start of a six-month production-cutting deal, which was bolstered by top exporter Saudi Arabia’s pledge to pump well below its quota,” reports CNBC.

Last week, “Saudi Energy Minister Khalid al-Falih said the kingdom plans to produce 9.8 million barrels a day in March, about half a million barrels below levels the Saudis agreed to and down from 11.1 million bpd in November,” according to CNBC.