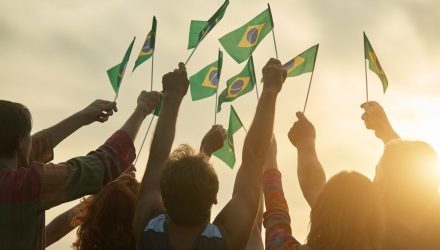 Brazilian stocks and country-related exchange traded funds rallied Wednesday after President Jair Bolsonaro was sworn in and issued a handful of decrees that would affect the economy, agricultural sector and society.

Newly elected Bolsonaro was sworn in Tuesday as Brazil’s first far-right president since the military dictatorship in 1985, Reuters reports.

“Building a more just and developed nation requires doing away with practices that have been nefarious for all of us,” Bolsonaro said shortly after being sworn in “Irresponsibility led us to the worst ethical, moral and economic crisis of our history.”

As his first acts in office, Bolsonaro fulfilled his campaign trail promises among the farming community, declaring that indigenous land claims would be decided by the Agriculture Ministry. This boon for the powerful agribusiness sector also enraged environmentalists whom were worried about further loosening protections of the Amazon rainforest and the country’s withdrawal from the Paris Agreement on climate change.