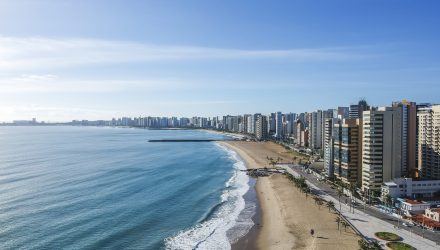 “Bolsonaro has continued to advocate for a generally business-friendly agenda since he won the second round of the presidential election on Oct. 28,” said Fitch Ratings. “His economic platform included fiscal consolidation, pension reform, simplification of the tax code, privatization and formal independence for the central bank. Notably, some appointments to his administration made in November, including to the national treasury, central bank and development bank BNDES, suggest that he is forming a market-friendly economic team.”

What politicians say on the campaign trail and what is actually delivered when they take office are often two different things. Additionally, some analysts are concerned Bolsonaro could move Brazil too far to the right. Bolsonaro, a former army captain who did not disfavorably view the 1964-85 military dictatorship, has been adding military men onto his cabinet since the victory last month, the Financial Times reports.